As parents of J&K students in Ukraine worry, administration promises to bring them back safe 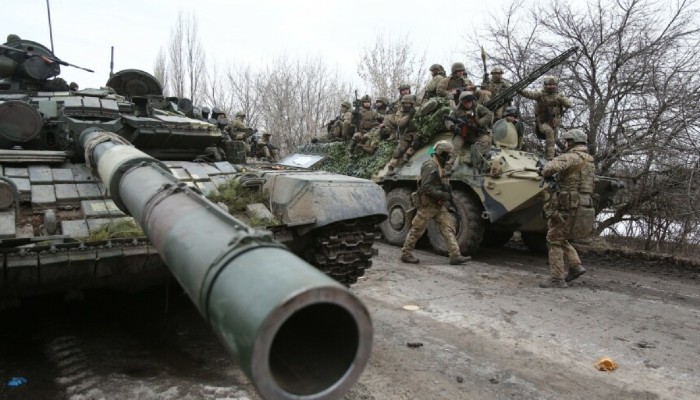 About 200 students from Jammu & Kashmir are stuck in Ukraine

With several hundred students from the Union Territory stuck in war-torn Ukraine, the Jammu & Kashmir administration has initiated the process to bring them back safely.

"So far we have received information about at least 200 Kashmiri students being stuck in Ukraine. The administration has started taking measures to bring back all the students on war footing basis," said an official on Friday.

Russia had launched a military operation in Ukraine on Thursday morning. There have been reports of fierce fighting amid Russian bombardment of strategic installations in several parts of Ukraine.

While talking to the media, J&K Students' Association National Spokesperson Nasir Khuehami said, "180 to 200 Kashmiri students studying in Ukraine in Colleges and Universities under different courses, are stuck there at this situation."

The parents of the students studying in Ukraine told this INN reporter that they were in touch with Ukraine Embassy officials who have assured them that all Kashmiri students will be brought back safely.

Several students who are stuck have been posting video messages and telling their families about the situation in Ukraine. Some news publications have also reached out to students directly.

Uzair Hameed, a resident of Nowgam, Srinagar, said, "I put up at about 1,200 kilometers from the Ukrainian capital. The situation right now is fine here and there is no need to panic."

However, Uzair urged the Indian government to evacuate them as soon as possible because he believes the situation can turn hostile anytime.

While describing the situation as chaotic, Malvika Dutta from Jammu, who is pursuing her MBBS in Ukraine's Sumy city, said, "people here are stuck at their homes, they are hoarding the stocks and are struggling."

The fear of war is looming large at this place, she said.

Nihaan Noor, a resident of Srinagar's Bemina area, said he lives just 35 km away from the operation site. "We are all fine. Nothing to panic about. Though centre has started evacuating students bust some of us are staying back due to ongoing exam", he was quoted as saying.

Irfan Ahmad, a parent, is worried about his son who is pursuing MBBS in Ukraine because he has lost contact with him.