The President is on a state visit to the Kingdom of Netherlands from April 4-7 at the invitation of His Majesty King Willem-Alexander and Her Majesty Queen Maxima.

The presidential visit to the Netherlands comes 34 years after the visit of President R Venkataraman in 1988.

In his address at the state banquet hosted by King Willem-Alexander and Queen Maxima, President Kovind said that India and Netherlands share a common outlook of multilateral solutions to global challenges.

“This year marks a milestone in our bilateral journey as we are jointly celebrating the 75th anniversary of our diplomatic relations that reflects the depth of India-Netherlands partnership,” he said.

“This year, India is also celebrating 75 years of its independence. The Netherlands was among the first nations to recognize independent India. After seven decades, it remains one of the foremost reliable partners of India,” the President added.

“It is my pleasure to be here in your beautiful country, the land of tulips; the birthplace of famous painters, scholars and explorers; and a fulcrum of modern trade and commerce,” he said.

“As the saying goes, ‘God made the world and the Dutch made the Netherlands’. The unique ability of the Dutch to plan and prepare for future challenges as reflected in your motto of ‘Meten is Weten’ is worthy of high praise,” Kovind said.

“As two thriving democracies and as two economic giants, India and the Netherlands are natural partners,” he stated.

“We share a common outlook of multilateral solutions to global challenges. Pluralism, inclusiveness, respect for cultural diversity and rule of law are a part of our common ethos,” the President mentioned.

He said that the Netherlands is an important player in the Indo-Pacific and EU.

“As key advocates for a free and open Indo-Pacific, we share a common commitment to work for global peace, security and prosperity The Netherlands can also play a pivotal role in strengthening India-EU ties in areas of connectivity, energy transition and trade & investment,” the President said.

In recent years, we have witnessed a strong momentum in our bilateral relations, he added.

“We were honoured to receive Your Majesties in India in 2019. I recall our discussions covering diverse areas of cooperation,” the President said.

Prime Minister Rutte visited India in 2015 and 2018, and Prime Minister Modi visited the Netherlands in 2017 during the 70th anniversary of our diplomatic ties, he reckoned.

“Last year, our Prime Ministers held a Virtual Summit and launched the Strategic Partnership on Water, a sector which can benefit immensely from Dutch expertise,” President Kovind said.

“I appreciate our ongoing collaboration for rejuvenating the River Ganga, as well as in flood management and water treatment technologies, which are a big priority for India,” he said.

“Dutch companies have long been a household name in India. With an investment of US$ 38 billion, the Netherlands has consistently been among the largest investors in India,” the President said.

“Significant investments are also flowing from India to the Netherlands. India offers new opportunities for Dutch companies, small and medium enterprises and start-ups to ‘Make in India for the World’,” he recalled.

He thanked the Netherlands for its solidarity with India during the COVID-19 pandemic.

“Our mutual support during the pandemic has highlighted the synergy in the area of healthcare and has shown that we can partner to develop and produce vaccines for the world,” the President said.

“Today, the Netherlands is home to the largest Indian diaspora in mainland Europe,” he said.

“They form a living bridge between our countries and include the Surinami-Hindustani community that represents a unique synthesis of Indian traditions and Dutch values. It includes professionals as well as Indian students who are making a positive contribution to the Dutch economy and society,” the President said.

“I am confident that our strong bonds of friendship and multifaceted partnership will continue to flourish. I thank the Dutch leadership for devoting personal attention to strengthening our partnership. Together we can achieve the common goals,” he assured. 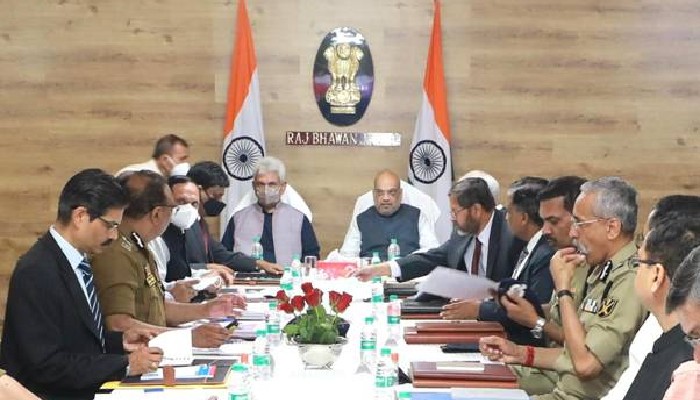