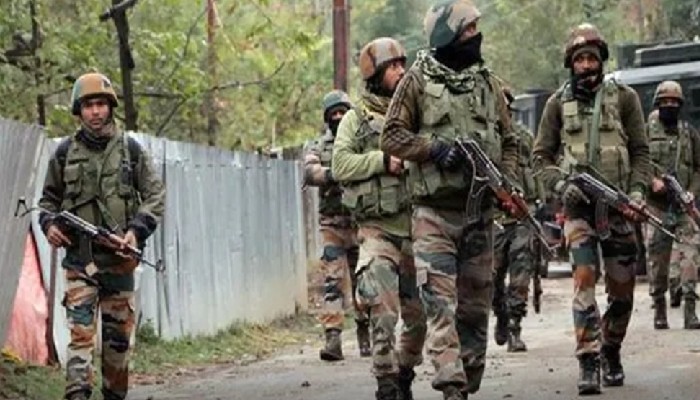 Security forces claim to have foiled a major terror plot in Jammu and Kashmir with the seizure of a large quantity of arms and ammunition.

These had been dropped using drones under the cover of darkness, a senior police officer said on Thursday.

A special search operation was launched by SOG and Jammu police in RS Pura after receiving inputs regarding drone activity and dropping of arms and ammunition by Pakistan-based terrorist outfits Lashkar-e-toiba/The Resistant Front done under the command of ISI.

An official said that during the search operation, three boxes of the arms and ammunition, which were dropped through drone during night hours, were seized by the search party.

The ammunition and explosive recovered during search operation includes:

Police is of the opinion that the recovery of a huge arms and explosives suggests a major terror attack was planned.

"With the recovery of this huge consignment of arms and explosive, a major terror plot has been averted," said an officer.

A First Information Report (FIR) under relevant sections and laws has been registered in Arnia police station and further investigation is going on.