Peace and serenity thrive in J&K as militancy starts declining 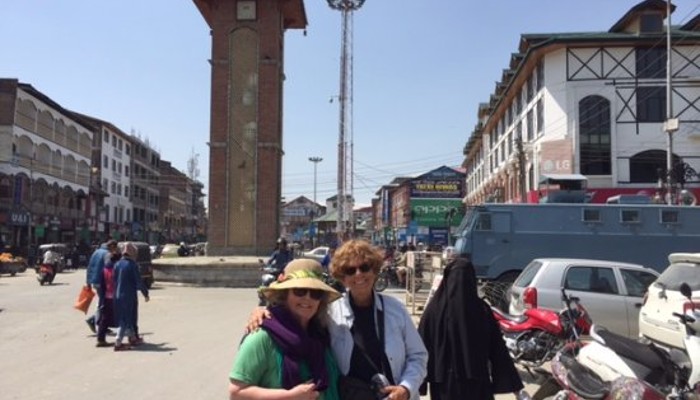 Swift coordinated action by security forces, NIA raids are some of the tools that are being employed to curb the militancy in J&K

With Jammu and Kashmir witnessing a significant drop in militancy and crime-related incidents, the Union Territory is speedily returning to normalcy.

According to IGP Vijay Kumar, in the year 2021, almost 70 percent of youth who had joined the militant ranks were either killed or arrested.

The data with the police, maintains that a total of 182 militants which included 44 top ultras were killed in 100 successful operations in Jammu and Kashmir in 2021.

Out of 134 youth who had joined the militant ranks, 72 were neutralised and 22 arrested last year, the data reads.

Giving all credit to coordinated counter insurgency operations, J&K police said that these operations gained momentum after the Pulwama attack, which took place on February 14, 2019.

During these operations top notch active militants in Kashmir were targeted. The data from police also reads that J&K witnessed 600 militancy related incidents post Pulwama attack–during which top commanders belonging to Jaish-e-Muhammad, Lashkar-e-Toiba, Hizbul Mujahideen and others were killed.

A police official said that this combined strategy has helped bring down the militancy and with this a change in the situation in the Kashmir valley.

Strategies like re-militarization, installation of new bunkers and NIA raids are some of the tools that are being used to curb the militancy in the Union Territory.

Recently, the government constituted the State Investigative Agency (SIA) in the Union Territory, which acts as a nodal agency for the NIA and other central investigative organisations in militancy-related cases.

This investigation agency takes charge of militancy-related cases filed in the Union territory and prosecutes offenders, said another official.

The SIA probes cases filed in J&K under the Unlawful Activities (Prevention) Act, Explosive Substances Act, Anti-Hijacking Act and Arms Act among over two dozen laws which have been listed in the order issued by the Home Department.

The agency is headed by the chief of the J&K Police’s Criminal Investigations Department (CID), the police’s intelligence wing.

If any militancy-related case is filed at a police station, the station house officers (SHO) in J&K have to necessarily report to the SIA.

According to experts, the creation of SIA in J&K is aimed at giving more power to the police's intelligence wing.

Besides militant related activities, there has been a considerable decrease in stone pelting incidents in the valley and this according to police has been achieved by making use of preventive detentions.

Though such detentions don't exceed more than two or three days, it has brought down the law and order incidents drastically in Kashmir, said a police official. In the year 2021 alone, JKP had put 9227 people in preventive custody.

Talking about preventive measure, a senior J&K police official said many incidents took place in 2021, “where we got apprehensive that the situation could run out of control hence we made preventive attempts and carried out the detentions.”

The persons arrested in the above stated scenario would have a previous track record on the basis of which they would be detained.

Owing to this initiative the law and order problem was brought down massively from 147 incidents in 2020 to just 67 such cases in 2021.

“Yes, these people were linked to militants or militant related activities so we took the measures before the situation would run out of our hands,” the police official maintained.

However, in the fight against militancy, security forces also lost 29 men of J&K police, six Army troopers and three CRPF personnel in 2021.

Since the focus in Kashmir has always been youth, Ahmad Fayaz, who is a researcher in conflict studies and a psychologist, believes that it’s the youth who are targeted always, they are misled, forced to join militancy, there is unemployment, grievances and other factors – which are spiraling youth into the vicious circle of violence in the UT.

He said that there is an urgent need to engage with the youth and put them off the desire to pick up the gun – causing destruction to society and self.

According to a survey, Kashmir is experiencing a youth bulge, which means 71 percent of the population is under the age of 35. And of them, a large chunk-- in the age group of 18 to 30--remains unemployed.

According to Fayaz, this helps Pakistan in exploiting the situation. “Youth are easily misled and swayed by false propaganda. If employment is created, opportunities come knocking at the doors, things are definitely going to change,” he said.

The J&K administration is aware of this fact and investments are being brought in, and employment avenues are being created. A senior official in administration said that the centre is trying to engage youth through different platforms and this is not the first time that the Centre is doing that.

“In the past, several attempts have been made by both the Centre and state government to wean away youths from the path of violence by organising events, tournaments and football leagues” a senior government official said.

In his write up Satish Dua, a retired Lt General writes that youth in Kashmir need a healing touch. He maintains that “meeting the growth aspirations of the youth, as anywhere else, cannot be done by government jobs or the public sector alone – it needs private sector participation.”

In the last two years, the private sector is stepping into Jammu and Kashmir, which was hitherto rather limited. Investment proposals worth Rs 20,000 crore have been received from 40 private sector companies in fields such as IT, defence, renewable energy, tourism, hospitality, education and infrastructure. Two huge IT parks are being set up in Jammu and Srinagar, respectively.

As per media reports, several hospitals are coming up, Haldiram is opening its unit and Emar group of Burj Khalifa fame is constructing a mall or two. The J&K administration has signed as many as 39 memoranda of understanding with big real estate entities.

The UT administration is also expecting arrival of BPOs and call centres in the valley.