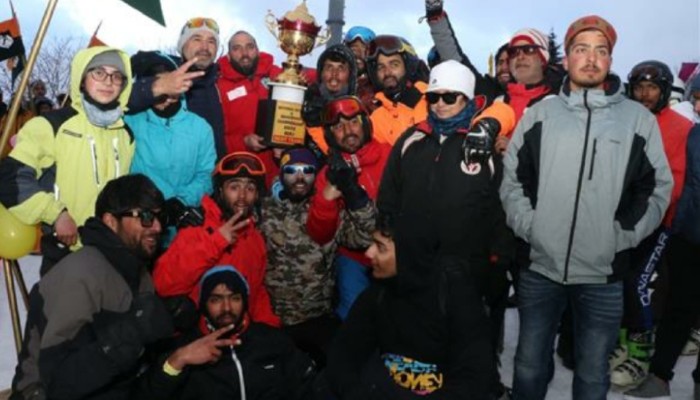 Fifty sportspersons from J&K took part in the three day-event from February 7 to 9.

Bringing joy to Jammu and Kashmir, the winter games team from the Union Territory (UT) has won the overall championship in the National Alpine Ski and Snowboarding championship at Auli, Uttarakhand.

Fifty sportspersons - both male and female - from J&K took part in the three day-event from February 7 to 9.

While furnishing the details, an official from the sports department said that Shoib Ahmad bagged two medals in Slalom and Giant Slalom in the under-21 category.

This is for the first time in the history of the UT that a team from J&K has won the overall national championship, as per the records.

While lauding the efforts of winter sports team, this official said that with this win it is anticipated that the UT will bring laurels to the country at national and international championships in future.

It's pertinent to mention that because of its location and its marvellous slopes, thousands of athletes learn and take part in championships at the snow sports site in Auli, Uttarakhand.

This competition and the next one happening by the end of February at Auli has also received approval from the Indian Olympic Association (IOA).