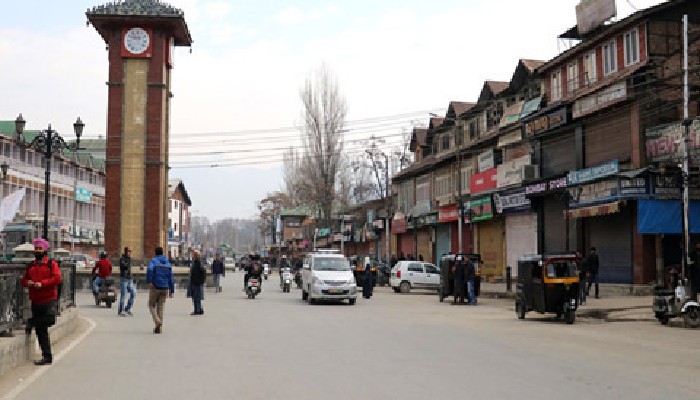 The Delimitation Commission has proposed redrawing of several assembly constituencies and one Lok Sabha seat in Kashmir and a draft report to this regard has been handed over to five associate members from the Union Territory for their suggestions.

According to a senior official, the report has made a sea of changes in the Kashmir division and linked Rajouri and Poonch districts to the Anantnag Lok Sabha seat.

In the draft report, the Anantnag parliamentary seat will be reconstituted and many of its constituencies will be cut off and annexed to Srinagar.

Speaking of South Kashmir, he said that some areas of Pulwama, Tral and Shopian, which were part of Anantnag Lok Sabha seat, would now be part of Srinagar parliamentary seat.

They have been asked to submit their views and objections by February 14, after which the report will be placed in the public domain and the general public will be asked for their views.

Earlier, while addressing a press conference in Jammu, Union Minister Dr Jatinder Singh said, “No one should have any doubt about the sincerity and intention of the delimitation commission.”

“The delimitation commission is working at a good pace and we hope that it will come up with its final recommendations soon, he added.

He also expressed his outrage over the questioning of the delimitation commission by other opposition parties, including the National Conference.

The Delimitation Commission has so far held two meetings with the associate Members on February 18 and December 20, 2021. The first meeting was boycotted by the three National Conference MPs, they, however, attended the second meeting.