To meet growing need, additional land provided for housing projects in and around Srinagar 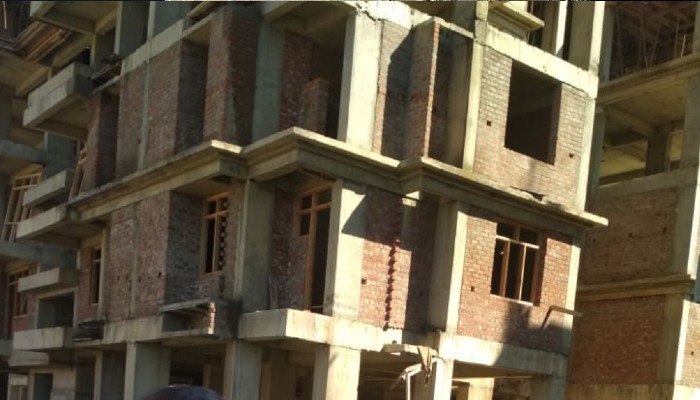 With the demand for housing ever increasing in Srinagar and it's outskirts due to urbanization, the government has approved the transfer 290 acres of land to meet the growing need.

Under the aegis of Lt Governor Manoj Sinha, the Administrative Council has approved the transfer of 2,318 (289.75 acres) and 8 marlas (2, 178 sq. ft) in seven villages at 17 different locations in Central Kashmir's Srinagar and Budgam districts.

The land was transferred to the Housing and Urban Development department in order to construct housing colonies. The land has been transferred free of cost, a government spokesman said.

For the industrial, economic and socio-cultural upliftment of the Union Territory (UT), this project will play a pivotal role, the spokesperson added.

The government is also considering providing employment to skilled, unskilled labour as well as to local vendors and youth through this project, an official said.

"It will a step to help the unemployed youth of the UT to find unemployment. Besides this government is also introducing different employment opportunities and schemes," he added.

The designs and other modalities for the same would be finalised by the Srinagar Development Authority (SDA) and the J&K Housing Board (JKHB).

It is being said that administration is planning to build affordable houses on the approved land.

This development took place a month after the Central and the J&K governments held the first-ever J&K Real Estate Conference in Jammu -- during which India's real estate investors signed 39 MoUs worth nearly Rs 19,000 crore.

As many as 20 MoUs were signed for development of housing projects, while 7 are linked to commercial, 4 for hospitality, 3 for infratech, 3 for film and entertainment and 2 for finance projects, during the summit.

This also happened a month after Dubai based realtors signed deals with the J&K government.

A number of meetings had taken place between J&K officials and the United Arab Emirates (UAE) top realtors to introduce the real estate developments in the UT.

During his four-day visit to Dubai in January, LG Sinha had pursued a multi crore investment for infrastructure development in Jammu and Kashmir.

Sinha had signed an MoU with LuLu Group in Dubai for setting up a food processing and logistics hub in Srinagar.

"These were the first two Foreign Direct Investments (FDIs) in Jammu and Kashmir where businesses have remained severely crippled due to conflict situations," this official added.

A letter of intent was also signed with Magna Waves Pvt. Ltd along with Emaar Group and Lulu International, who are interested in coming up with a mall and an inland port in Kashmir.

The J&K government is expecting an investment of ₹18,300 crore in the real estate sector very soon, official records maintain.

This move has, however, drawn flak from local political bodies who claim that initiatives like these would only bring about demographic changes in the UT.