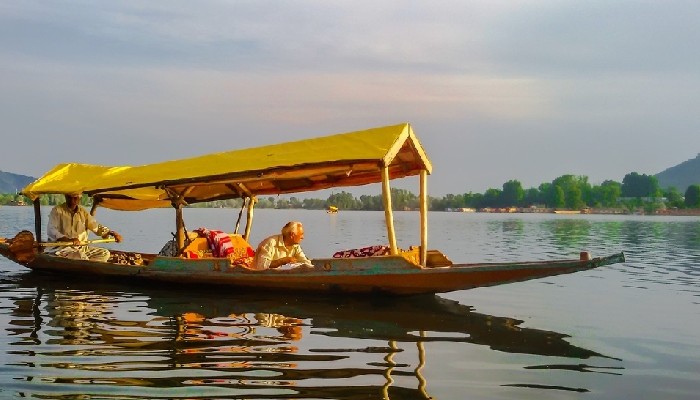 Jammu & Kashmir has been allocated Rs 35,581 crore in the Union Budget 2022 presented by Finance Minister Nirmala Sitharaman in Parliament on Tuesday.

Out of this, Rs 33,923 crore would be utilized to meet revenue deficit gap/resource gap of the Union Territory, the Budget documents state.

Jammu and Kashmir is also set to benefit from the Parvat Mala scheme, or the National Ropeways Development Programme, announced in Budget 2022 for states with mountainous regions. Under the scheme, the government will build modern system of transportation and connectivity on the mountains.

“It is also necessary for the security of the country, they will get a lot of power,” Prime Minister Narendra Modi said while discussing the Budget on Wednesday.

"Grateful to Hon'ble PM Shri @narendramodi for starting 'Parvat Mala' scheme in hilly areas like J&K. It is a greatest gift of the modern system of transportation & connectivity for hilly regions which will provide pollution-free transport, ropeways, cable car, etc," he said on Twitter on Tuesday.

The Union Finance Ministry has also revised central assistance from Rs 30,757 crores to Rs 34,704.46 crore for J&K for the ongoing fiscal.

As per the revised estimates, the central assistance to meet resource gap has been revised to Rs 32,978 crore from Rs 30,478 crore. In addition to this, Rs 647 crore has been allocated towards permanent restoration of damaged infrastructure hit by 2014 floods, Rs 300 as grants towards equity contribution for 624 MW Kiru project, Rs 300 crore as grants towards equity for Rattle 800 MW project and Rs 200 crore as support for capital expenditure of UT.

National Conference (NC) spokesperson Imran Nabi Dar in a statement said the Budget failed to enthuse all stakeholders “as it was prepared without public participation and consultation with the stakeholders in J&K."

Peoples Conference Vice President Abdul Gani Vakil opined: "The government was expected to announce a waiver on the KCC loans for fruit growers, who are facing acute hardships. The Centre should come up with a comprehensive economic package and compensation to the orchardists and farmers”.

Ashiq Lone, President Kashmir Chamber of Commerce and Industries, said that the traders or different bodies had big expectations this time around.

"We were awaiting some big announcements as the economy of the UT has tumbled down considerably due to successive lockdowns. We haven't been offered the support we were in dire need of," he said.

Mohammad Idhris, an industrialist, believes that the industrial sector of the UT required a push. "We required a road map to bring back our dwindling industries back on the track," he argued.

An economist, however, expressed hope, saying that the budget hasn't been revealed yet fully. "We shan't lose hope yet; the full details of annual budget aren't out yet so something is still awaited," explained the economist, who requested not to be named.