21 militants, including 8 foreign nationals, killed in Kashmir in January 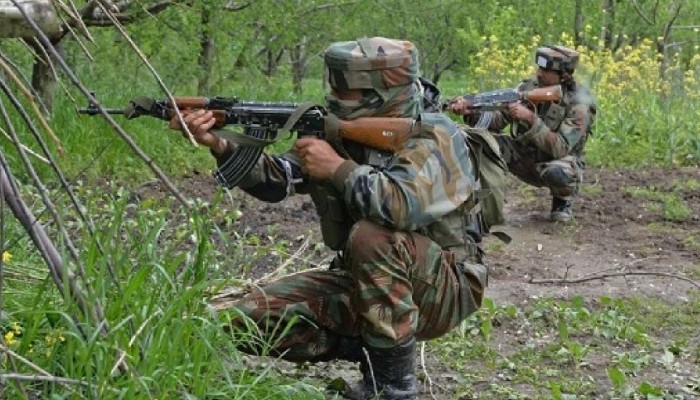 Kashmir witnessed 12 encounters in the month of January this year during which 21 militants including eight foreign nationals were killed, according to official reports.

Of the 21 militants killed, 11 belonged to the Jaish-e-Mohammad outfit, the reports quote.

January 3: In Gassu area of Shalimar in Srinagar district, a non local militant was killed. This encounter took place just an hour after the killing of LeTs Saleem Parray.

January 5: In Chandgam village of Pulwama district, three Jaish-e-Muhammad militants, two non-locals and one local namely Owais Ahmad of Ashmander Pulwama, were killed during an encounter.

January 13: In Pariwan area of Kulgam district, non-local militant identified as Babar Bhai and one SOG personnel SgCt Rohid Chib were killed during an encounter. Three army troopers and two civilians were also injured during this encounter.

January 27: In Nowgam area of Shopian district, an exchange of fire took place between security forces and militants. The militants managed to escape but three soldiers were injured during this incident.

While describing the killing of Zahid Ahmad Wani big, General Officer Commanding (GoC), Victor Force, Lieutenant General Prashant Srivastava said that the killing of Wani and his associates is “a big success for forces".

Police officials also state that after Saleem Parry’s killing, the Hajin hamlet of Bandipora district is purged of militancy as evidence suggests that there are no active militant at this place.

Inspector General of Police Vijay Kumar in his recent statement said that foreign militants, who were hiding in forests, were coming and settling down in civilian areas.

”All efforts are in place to bring down local militant recruitment. A strategy is being followed to bring the number of active militants less than 100 this year,” he said.