Foreign envoys meet elected representatives during their visit to Jammu and Kashmir.

This is the third group of foreign envoys to visit Jammu and Kashmir since the abrogation of Article 370 on August 5, 2019

A group of 24 Foreign Heads of Missions, representing various geographical regions, arrived in Srinagar today as part of a two-day visit to Jammu and Kashmir to get a first-hand experience of ongoing development activities in the Union Territory.

They began their visit by witnessing the Block Diwas in Magam, located in central Kashmir's Budgam district. The elected representatives and the people of Magam received them warmly at the weekly outreach event organised every week by the J&K administration. 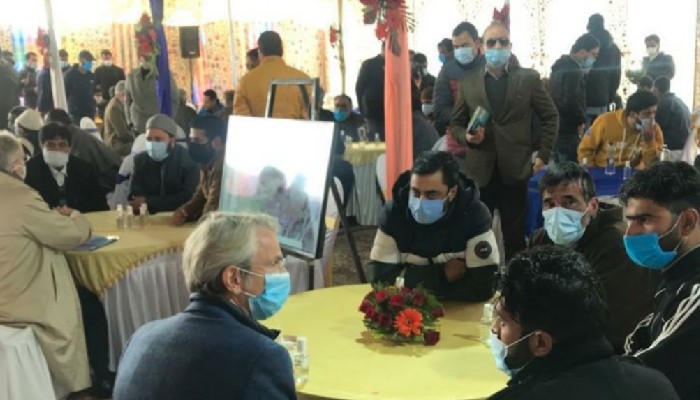 The envoys also visited various stalls set up for the public at the Block Diwas to get familiarized with the people-centric schemes being implemented by the government. 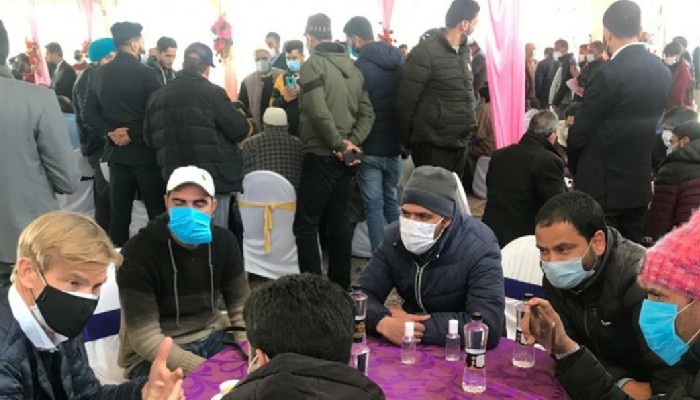 This is the third group of foreign envoys to visit Jammu and Kashmir since the abrogation of Article 370 on August 5, 2019 and its bifurcation into the Union Territories of J&K and Ladakh. The first two batches had visited Jammu and Kashmir in January and February 2020.

According to sources, the visit provided the envoys an opportunity to interact and hear directly from the general public and their local level people’s representatives on the functioning and empowerment of grass root democratic institutions, devolution of power, developmental activities, local issues, grievance redress mechanisms among others.

During their stay in Srinagar, the envoys also interacted with elected representatives of Block Development Councils (BDCs) and DDCs from across the UT, in addition to civil society members and the mainstream media.

The envoys had a useful interaction with the elected grassroots leadership from all 10 districts of the Kashmir Division, representing various regional and national political parties. 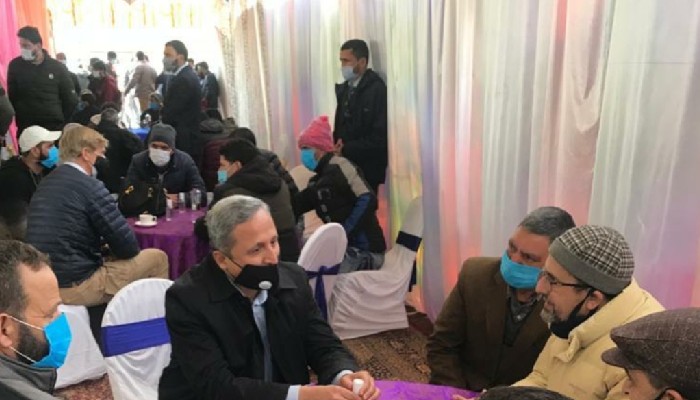 The envoys had lunch with the Mayor of Srinagar, Chairpersons of Urban Local Bodies (ULBs) and Chairpersons of BDC and DDCs who shared their vision for development centric administration in the decentralised and empowered grassroot framework.

Referring to the historic DDC elections which were conducted in multiple phases in a peaceful, transparent and fair manner in November and December last year, the local body representatives were of the view that democracy had taken stronger and deeper roots in Kashmir.

This historic development would pave the way for an era of peaceful and inclusive development, many of them said, according to people familiar with what transpired during the discussions.

The elected representatives requested the foreign envoys to assist in the growth of tourism and bring investments into J&K to further job creation.

They also wanted the sharing of best practices and advanced technologies in the field of horticulture including apple cultivation, environment sustainability, women empowerment, urban development and training of local body officials, sources said.