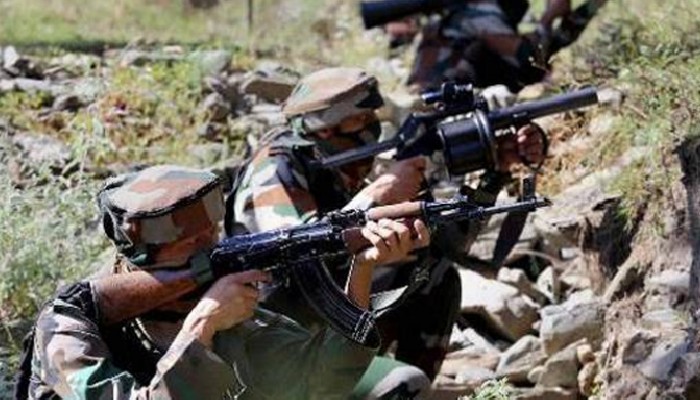 The Minister said the government has adopted a policy of zero tolerance towards terrorism.

Immediate and effective retaliation is undertaken by the security forces in cases of ceasefire violations or cross border firings, the Minister said.

He added there has been a substantial decline in the terrorist attacks over the last three years, due to a slew of pre-emptive measures undertaken by the government.

He said the last DG level meeting of BSF and Pakistan Rangers was held from November 08-10, 2017 in New Delhi. During this meeting, the issue of cross border firing was discussed, in which it was agreed upon by both sides to ensure that no such firing takes place.

In case of any firing, the other side must exercise maximum restraint and immediate contact through all available means of communication be established to avoid further escalation. Flag meetings are also held on ground, on need basis, between commanders of different levels.

The Minister said the government has been consistently raising the issue of cross border terrorism and has placed high emphasis on international cooperation in combating the menace of terrorism including in bilateral, regional and international fora.

With regard to steps taken by the government to curb terrorist activities, included Kinetic operations: actively identifying the terrorists and their tactical supporters, seeking them through operations like cordon and search giving proper response if they resort to violence while being arrested; Preventive operations: actively identifying the strategic supporters of terrorism and initiating investigations to remove the camouflaging layers and exposing their mechanisms of aiding and abetting terrorism such as funding and recruiting; Night patrolling has been intensified and Nakas have been set up on all likely infiltration routes. The vehicles coming from borders areas are being thoroughly checked; Coordination meetings are being regularly conducted and high-alertness is being maintained by all the forces deployed in the area; Sharing of Intelligence inputs on real time basis among all Security forces operating in Jammu and Kashmir.

He said to expose Pakistan’s connection with various terrorist outfits in the international arena, India is also using the various evidence collected during investigations of terror attacks for inclusion in bilateral and multilateral discussions.