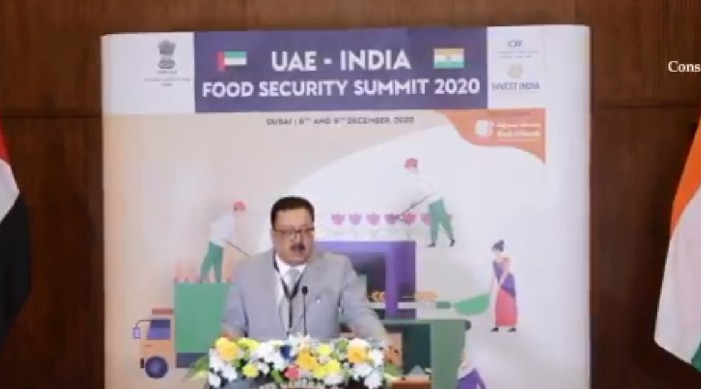 The Jammu and Kashmir government wants to explore the potential of the Gulf market, particularly for apples.

Amid the ongoing farmers’ protest, a delegation of farmers, fruit growers, businessmen and officials of Jammu and Kashmir has reached Dubai to tap the Gulf market for the horticulture produce including the Kashmiri apple.


The delegation will be showcasing various export products from Jammu and Kashmir at the food security summit. Besides, fruit shows and Business to Business meetings will be held during the summit.

The summit aims to promote Kashmiri fruits in the international market and the delegation is expected to exchange Memorandum of Understanding (MoU) with various multinational companies in the UAE.

Speaking at the summit, Choudhary said, “Jammu and Kashmir is known for its tourism, hospitality, handicraft, handloom, Pashmina, for years and years across the world. But, Jammu and Kashmir is also going through a transformation, not only in the legal and political arena but also reforms are undergoing in the economy. While tourism, handicraft etc. present 10-15 percent of the income of J&K, it is the vibrant horticulture and agriculture sector which sustains its economy.”

He further said that India and UAE are enjoying friendly relations and to deepen that relation this summit is being held where “our cooperation in the primary sector particularly food security could be enhanced between the two countries.”

Assistant Undersecretary for the Trade sector, Ministry of Economy, UAE, Jumma Mohammad Al Kait said, “The initiative of India-UAE food corridor, which will benefit 2 million farmers, create an additional 200,000 jobs across India. The project is expected to see investment from UAE involving dedicated logistics, infrastructure, economic reforms in India and have the potential to triple India-UAE food trade.”

Organized by the Consulate General of India in Dubai in association with the Confederation of Indian Industries (CII) and Invest India, the event will see participation of several key stakeholders from both the countries on one platform.