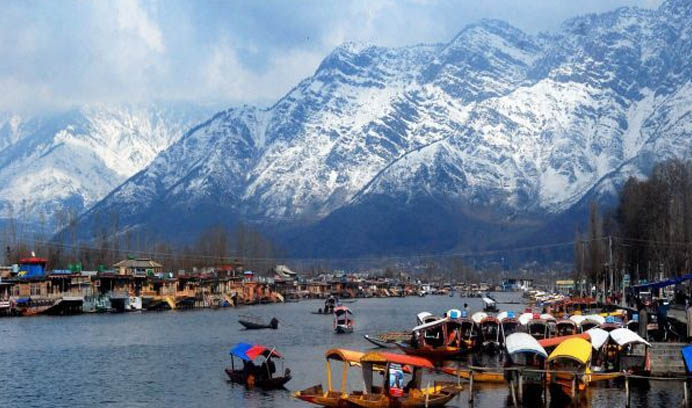 File photo of the Dal Lake in Srinagar for representational purpose.

In a historic event, the Union Territory of Jammu and Kashmir saw a national holiday to mark the 73rd anniversary of the accession of the then princely state to independent India on Monday.

A large number of people came out to attend events to commemorate Accession Day organised by several political parties, including ‘Tiranga’ (trilocolor) rallies with the Indian national flag organised by the Bharatiya Janata Party (BJP).

The day holds a special place in the history of India and Jammu and Kashmir.

According to the Indian Independence Act, 1947, British India was divided into India and Pakistan and the roughly 580 princely states that had signed subsidiary alliances with the British had their sovereignty restored to them. In essence, these princely states were given the option to join the Dominion of India or Pakistan.

Initially, the ruler of Jammu and Kashmir Maharaja Hari Singh wanted more time to take a decision on the matter.

However, on October 22, 1947, Pakistan tribesmen trained and armed by the Pakistan Army invaded the valley. These ‘Lashkars’ (armies) armed with guns, axes, and swords killed tens of thousands of people, and raped women in what has come to be known as the Black Day in Jammu and Kashmir’s history.

The worst of these atrocities were reported from Baramulla once the invaders reached the town on October 26.

Witnessing the atrocities, Maharaja Hari Singh appealed to the Indian Government for help and signed the Instrument of Accession to India on October 26, 1947. Jammu and Kashmir formally became an integral part of India. The first contingent of Indian Army troops arrived in Srinagar the next day to begin operations against the invaders.

The Indian Army took to Twitter to post a detailed thread on the events that began unfolding from October 22 onwards.


Among those killed by the invaders was 19-year-old Kashmiri boy Maqbool Sherwani, who was shot dead in the public square in Baramulla as he was a patriot and refused to bow down in front of atrocities and threats of the invaders.

The Indian Army recalled the gallantry of Subedar Ram Saran Dass of the Jammu and Kashmir Rifles who displayed courage and valour during an operation against the Pakistani invaders in Uri. He continued to provide cover fire to save other soldiers despite being wounded. He was later honoured with the Vir Chakra.

The army also recalled the bravery of Brigadier Rajendra Singh while leading his troops against the invaders near Uri. The officer was awarded the Mahavir Chakra posthumously.

Coming back to the Instrument of Accession signed by Maharaja Hari Singh, the Schedule appended to the document gave Parliament the power to legislate in respect of J&K for Defense, External Affairs, and Communications.

The accession was signed by Lord Mountbatten on October 27, 1947, with the words, “I do hereby accept this Instrument of Accession”..

The Instrument of Accession to India signed by Maharaja Hari Singh was the same as that signed by the rulers of over 500 other princely states after India’s Independence.