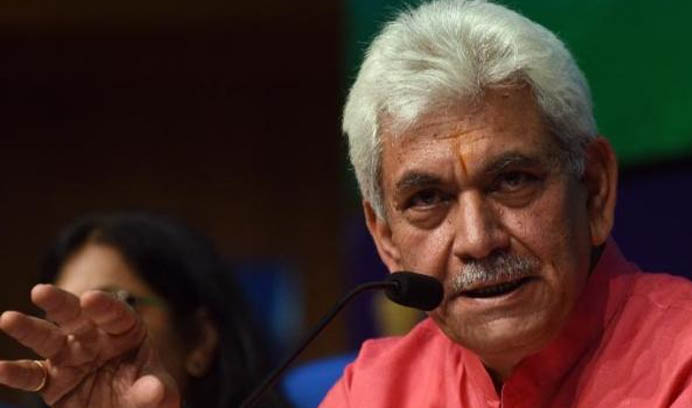 Jammu & Kashmir Lieutenant Governor Manoj Sinha has said that a massive development package will be announced within a week and it would also address the grievances of the business community. He reiterated that the central government is committed to development of J&K.

According to a report by The Economic Times, Sinha said that this would be a package of a scale which Jammu and Kashmir has never received in the past. He pointed out that business has been suffering for the past 15 to 20 years.

The report states that the government is also planning to start the third phase of ‘Back to Village’ programme from October 2 when officers would listen to the grievances of people at their doorsteps.

According to former LG GC Murmu, in previous Back to Village programmes, 20,000 small works were brought up and the government could only complete 7,000 of them. Out of 1,066 demands made before Union Ministers during their visit to J&K, work has been initiated on 440 demands, the report said.

Sinha, as per the report, said officers from the administration will facilitate demands of work made by the people and rest will be done by the panchayat members themselves. The LG revealed that the administration is releasing Rs10 lakh to each panchayat, about Rs 430 crore, this week.