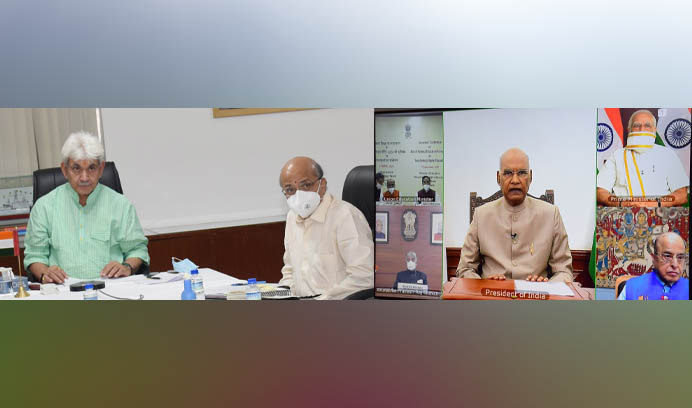 We live in an era where research and innovation are the key to success and development, says Manoj Sinha, Lieutenant Governor of Jammu & Kashmir. Speaking at the Governor’s Conference on the Role of National Education Policy (NEP) 2020 in transforming higher education held via video conference on Monday, Sinha observed that NEP-2020 could be effectively implemented if institutions were given freedom to redefine teaching positions as per their needs.

According to a report by The Tribune, he said students’ feedback was globally practised and it helped lend perspective to the teaching of pedagogical standards and practices of universities, which might be asked to explain how they had used students’ feedback. If they do not have this practice, they must implement it in a generic manner, he said.

The LG observed that the new education policy was strengthening the vision of the Prime Minister, ‘Teach to transform, learn to leave and educate to empower’. The report quoted Sinha saying that J&K was a land of extremely talented people. He said the youths of J&K have excelled in every field, and today, when we are witnessing a new dawn in J&K, we want the youths to be the pioneers of change.

The conference on NEP 2020 was addressed by President Ram Nath Kovind and Prime Minister Narendra Modi. It was attended by Union Minister for Education Romesh Pokhriyal, Governors and Lieutenant Governors, education ministers of states and senior officials.