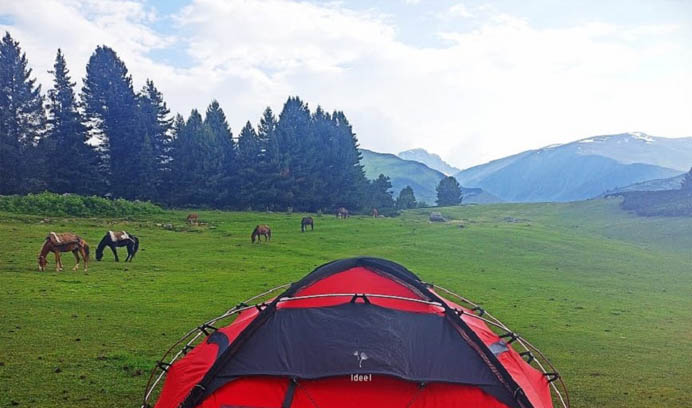 Tourists have to travel by air and undertake COVID-19 tests before arriving, said the Jammu and Kashmir tourism department

The Union Territory of Jammu and Kashmir is all set to welcome the tourists once again after the lockdown, says an article published by the Kashmir Monitor.

Tourism operations came to a halt when the nationwide lockdown was announced in March. In July, during unlock-2, the government had issued guidelines for tourists planning to visit Kashmir. However, the plan did not take off as anticipated, the online publication reported.

It further reported that as the economy is gradually opening up and getting back to normalcy, the tourism department is reinforcing itself for the upcoming autumn and winter tourism seasons. It has issued guidelines making it necessary for the tourists to travel by air and have their RTPCR tests done prior to arriving at Srinagar airport.

"The department is working hard to ensure good tourism season. Our online campaigning has begun and in the first phase the tourists have been asked to use air transport only," the Kashmir Monitor quoted an official of the tourism department as saying.

The publication mentioned that travel agents have begun the process of selling packages for the upcoming autumn and winter seasons in Kashmir.

"Tourism activities have been allowed by the government in Kashmir. So we are offering discounts. We have made a detailed list of SOPs,” President Travel Agents Association of Kashmir (TAAK) Ashfaq Ahmad Dugg told the Kashmir Monitor.

Read the complete article in the Kashmir Monitor