Immediate withdrawal of 10,000 troops from J&K ordered by the Centre 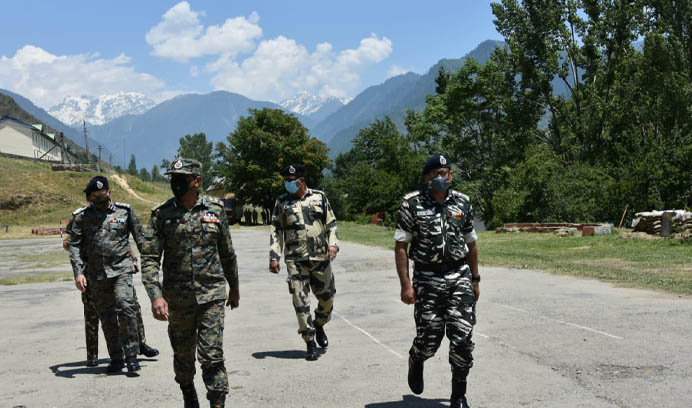 The centre has ordered the immediate withdrawal of nearly 10,000 paramilitary personnel from Jammu and Kashmir. The decision was taken after a high-level review of the situation in the Union Territory by the Union Ministry of Home Affairs, said a report by The Times of India.

The move to withdraw troops came just over a year after the abrogation of Article 370 on August 5, 2019, a step that had been accompanied by sending additional security forces to control the law and order situation.

According to the report by wire service PTI published by The Times of India, the last such withdrawal had happened in May this year, when 10 companies of the Central Armed Police Forces (CAPFs) had been redeployed.

This time, nearly 100 companies of CAPFs have been ordered to withdraw immediately, the report quoted a senior official as saying. Each company has an average operating strength of about 100 personnel.

They had been deployed in both the Jammu and Srinagar regions; these companies were over and above the existing Counter-Insurgency (CI) grid that will still remain in place, the official explained, according to the report.

The CAPFs being withdrawn include 40 companies of the Central Reserve Police Force (CRPF) and 20 companies each of the Border Security Force (BSF), the Central Industrial Security Force (CISF), and the Sashastra Seema Bal (SSB). All of them will return to their base locations across the country and , the report said.

According to The Times of India, the personnel who are being withdrawn from Jammu and Kashmir would get a chance to rest and recuperate.