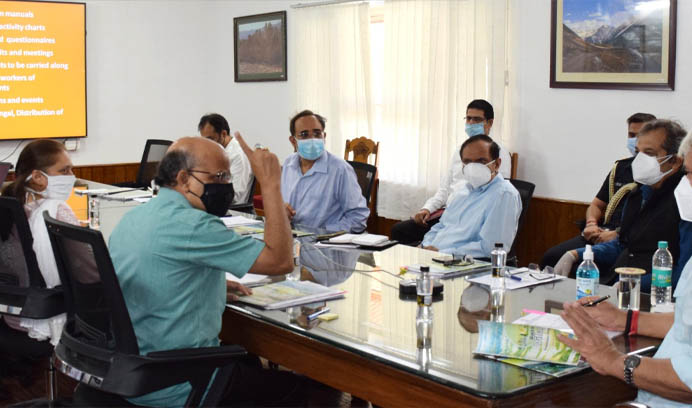 The administration of the Union Territory of Jammu and Kashmir has formed a committee in order to help businesses across the UT for its economic revival. According to a report published in The Economic Times, the committee set up by Lieutenant Governor Manoj Sinha will work out ways to ensure the economic revival of the UT.

According to a senior official, the committee will be headed by advisor to the Lt Governor Kewal Kumar Sharma along with a financial commissioner from the finance department and commissioner secretary from industries and commerce department. Since tourism is a huge part of Kashmir’s economy, secretary, Tourism and J&K Bank have also been made a part of the committee, the report said.

The committee was announced by the Lt Governor during an interaction with the representatives of Kashmir Chamber of Commerce and Industry, the report mentioned. The committee will look into aspects like assessment of overall economic scenario and will also suggest measures to ensure the economic revival of Jammu and Kashmir. It will also suggest ways to reach and help the business community.

The Lt Governor also directed the concerned authorities to work out a mechanism to involve all concerned stakeholders to form policies after taking in consideration all the concerns of all the stakeholders.

The committee has been asked to submit its report by September 1 to the Lt Governor on the basis of which the policies will be formulated.