‘No bias, genuine grievances will be heard’ says Manoj Sinha after taking charge as new L-G of J&K 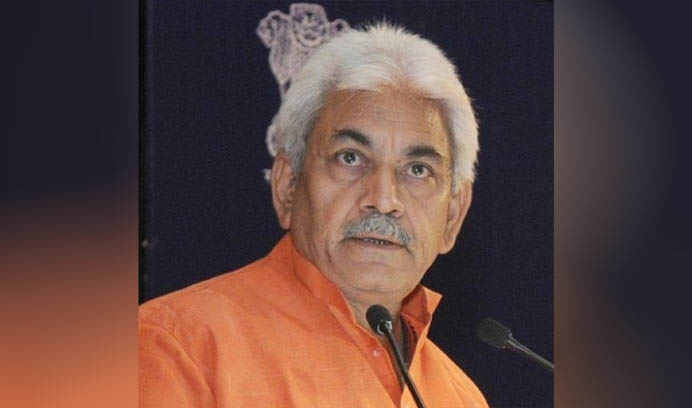 Former Union Minister Manoj Sinha took oath as the Lieutenant Governor of the union territory of Jammu and Kashmir today. After taking charge as LG of J&K, Sinha said that no one will face any discrimination in the valley, Times Now News reported.

“There won't be any bias against anyone. Constitutional powers will be used for the people's welfare. I assure the people that their genuine grievances will be listened to and we will try to find a way to the solution. It is my aim to take forward the development here,” he was quoted as saying in the report.

He further said that the abrogation of Article 370 led to the start of many projects in J&K and his priority is to take these development projects forward; the report quoted him as saying.

Sinha was administered the oath of office by J&K Chief Justice Gita Mittal at a simple event in the Raj Bhavan, said the Times Now News report.

He was appointed after Girish Chandra Murmu, who has now been appointed the Comptroller and Auditor General of India, stepped down from the post.

While Murmu was an IAS officer, Sinha brings to the Kashmir Valley years of political experience. Sinha has represented the parliamentary constituency of Ghazipur in eastern Uttar Pradesh thrice in the Lok Sabha. He has also served as minister of communications and minister of state for Railways. His name was amongst the contenders for the post of Uttar Pradesh chief minister but he eventually lost the post to Yogi Adityanath. Sinha was elected to the Lok Sabha for the first time in 1999.