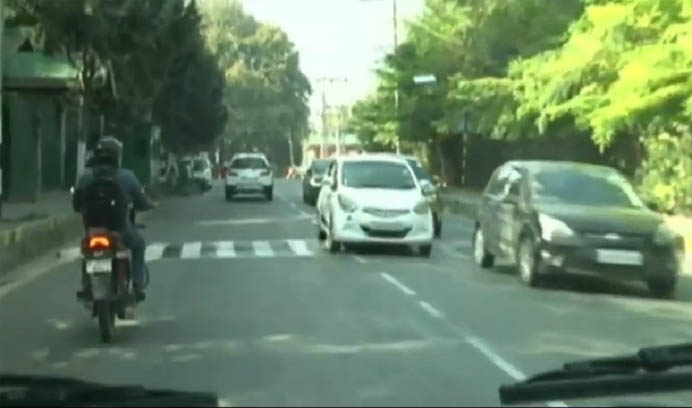 File photo of traffic on a road in Srinagar. (Courtesy: DD News)

Recruitment of local youth by militant outfits in Jammu and Kashmir has declined by 42% since the abrogation of article 370, a report published in The Tribune says quoting anonymous officials of the Ministry of Home Affairs (MHA).

According to The Tribune’s report, figures provided by intelligence agencies show during the one-year period prior to August 5, 2019, around 172 locals joined different terrorist groups. The figure of recruitment of such youths fell to 100 after August 5, 2019, and till date.

The infiltration bids into India along the Line of Control in Jammu and Kashmir had also seen a decreasing trend, the report quoted MHA officials as saying.

Against 241 such incidents of infiltration previous year, there were 162 attempts since August 5, 2019.

The report adds that separatists are in complete disarray in the state due to Government’s continuous crackdown on them since the constitutional changes were made last year.