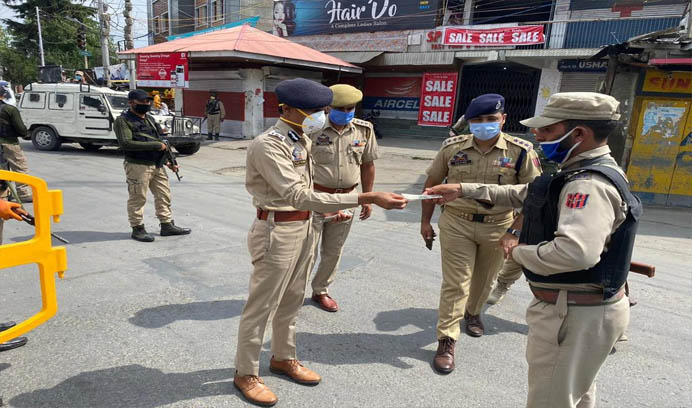 There has been a noted decrease in stone-pelting incidents in Kashmir since the abrogation of Article 370. Officials have pointed out continued crackdown on separatist leaders in J&K as one of the key factors.

Separatists, who used to give calls for strikes in Kashmir, are in disarray after the government continued to crack its whip by seizing their bank accounts and attaching assets allegedly amassed through terror funds, said a report in Deccan Herald. It revealed that a total of 82 bank accounts involving Rs 70,44,073 were frozen and 19 premises housing JeI offices were raided during the course of the investigation.

There has been barely any call for bandh during the past one year since the government arrested main leaders, Yasin Malik of JKLF and Shahbir Shah of the J&K Democratic Freedom Party (JKDFP), the report said.

Moreover, the security cover, by way of residential guards, personal security officers (PSOs) and vehicles, has also been taken away from all separatist leaders since 2019. action was taken against JeI and JKLF activists which included registration of 51 cases and arrest of 117 JeI activists, of which 29 were detained under the Public Safety Act.

Regional observers have also noted an abrupt halt for large gatherings at funerals of local militants ever since the government amended the rules. Officials said that killed militants are not identified and in some cases the terrorists were identified but their bodies were sent to unidentified graveyards, either at Baramulla or Ganderbal and buried in the presence of their family members.