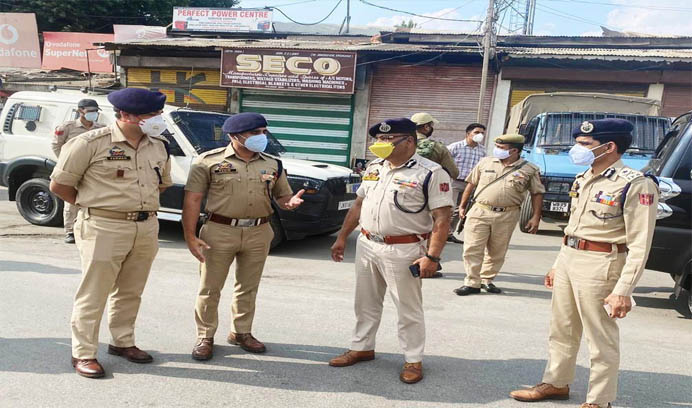 Ceasefire violations have, however, gone up significantly compared to the corresponding period for last year

Jammu & Kashmir recorded a significant drop in terror-related incidents till July, which was two-third of the levels registered in the same period last year, and law and order incidents dipped by 74 per cent.

120 violent incidents were recorded in the new union territory till July 15 this year, down from 189 in the corresponding period of 2019, stated a Times of India report. Of these, 69 incidents were related to cross-firing and encounters initiated by the security forces, while 21 were grenade attacks, 22 random firing by terrorists and one IED blast

The report highlighted that security forces’ fatalities also fell to 35 till July 15 of this year from 75 in the same period last year. However, there has been little change in civilian killings - which stands at 22 so far for 2020. “Law and order incidents too have fallen by 74 per cent from 389 till July 2019 to 102 till July this year,” the report said.

DGP Dilbag Singh told TOI that ceasefire violations have risen significantly, from 267 till July 2019 to 487 in the corresponding period of 2020. He said infiltration attempts have fallen to almost 50 per cent over this period

Moreover, local terror recruitment cases have also fallen by 36 per cent to 80 till July 2020 from 124 till July 2019. The J&K Police Chief attributed this to initiative taken by the police to avoid any collateral damage to civilians during encounters, zero tolerance towards misconduct against the public by a person in authority and good management of terrorists’ burial.