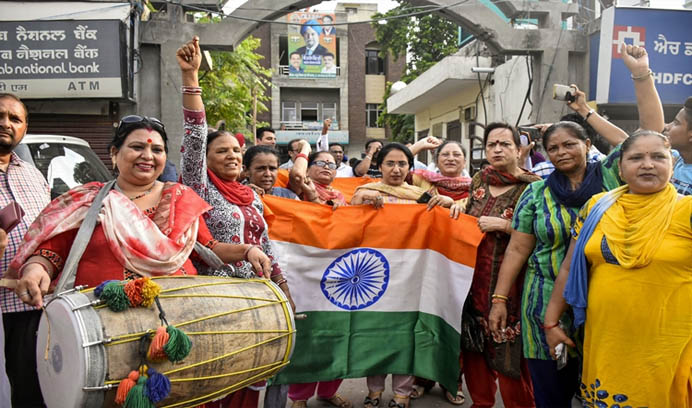 On August 5, Jammu and Kashmir (J&K) and Ladakh will celebrate the first anniversary of the amendment of Article 370 of the constitution which integrated the much-disputed territory into the Union of India. To mark the first anniversary, dozens of union ministers are visiting the area and new projects will be inaugurated.

Writing in Daily O, Makarand R Paranjape points out that in the past year, J&K and Ladakh have seen a massive drive for good governance including a huge recruitment initiative to fill up 10,000 advertised positions. Large infrastructure projects in roads and power generation have been set up, along with new medical colleges and other educational institutions, he adds.

The central government schemes which were not earlier accessible by J&K and Ladakh, have now found their foothold in the two Union Territories. “Saubhagya, PM Ujjwala Yojana, Ujala, Swachh Bharat Abhiyan, Ayushman Bharat, PM Kisan, and so on, have benefitted lakhs of citizens in the two UTs,” says Paranjape, Director of the Indian Institute of Advanced Study (IIAS), in the Daily O article.

Not all challenges can be covered in a year, but the government’s efforts cannot be ignored, writes Paranjape.

Read the complete article in Daily