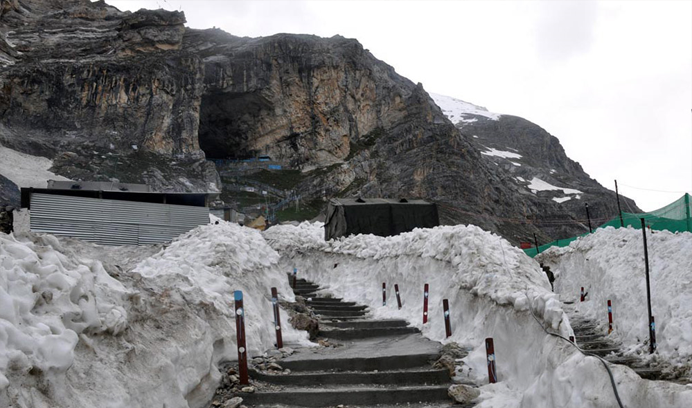 All the traditional rituals will, however, continue uninterrupted at the shrine

The annual Amarnath Yatra 2020 has been cancelled due to the Covid-19 situation in Jammu and Kashmir, the Shri Amarnathji Shrine Board said on Tuesday, the Hindustan Times reported.

A board spokesperson was quoted as saying that the traditional rituals would still be carried out without any interruptions and the virtual darshan of the holy Hindu pilgrimage devoted to lord Shiva would continue to be telecast live during the morning and evening prayers.

The decision to cancel the pilgrimage was taken based on the prevailing circumstances, the spokesperson said.

“The Board is aware of and respects the sentiments of millions of devotees and to keep the religious sentiments alive, the Board shall continue the live telecast/ virtual darshan of the morning and evening Aarti,” the spokesman said, according to Hindustan Times.

The decision was arrived at during the board meeting of SASB chaired by Lieutenant Governor Girish Chandra Murmu and attended by other members, the report said.

On July 13, the Supreme Court had left it to the J&K administration to take a decision on conducting the Yatra after assessing the ground situation.

According to the Hindustan Times report, the board was informed that preparations for the annual event had started in February. But religious places were closed to the public due to the nationwide lockdown due to Covid-19.