Over 6,500 get J&K domicile certificates, many of them former Gorkha soldiers 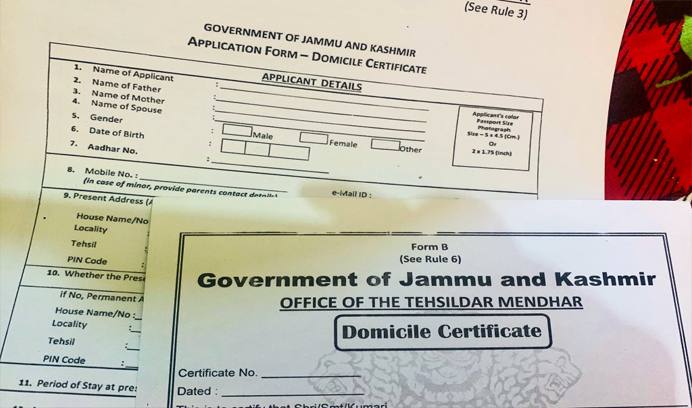 Over 6,600 applicants, including a large number of retired soldiers and officers from the Gorkha community, have received domicile certificates in Jammu and Kashmir in the week, according to a report in The Times of India.

Over 5,900 certificates have been issued in Jammu and nearly 700 in Kashmir since the Union Territory administration began issuing the document, a senior Revenue Department official was quoted as saying.

According to the report, about 1 lakh Gorkhas live in Jammu and Kashmir. They had moved here from Nepal in the 19th century after the Dogra regime invited them to fight alongside them.

Members of the Gorkha community are happy with the development. The Times of India quoted ex-havaldar of Gorkha Rifles Prem Bahadur (68) as saying that his father Harak Singh had served in the army of the then ruler Maharaja Hari Singh. “Now, my son can apply for an MBA and I can die in peace knowing that I served India,” he told the publication.

Another former soldier, Chaman Lal (62), told The Times of India: “My father served in 3 JAK Rifles, I served in 2 JAK Rifles. My son Shiva is in 7 JAK Rifles. We were always proud Indians even though people would say our ancestors were born in Nepal.”

According to the domicile rules notified by the J&K government on May 18, the following categories of people are eligible for domicile:

Permanent Resident Certificate holders and their children living outside J&K

The first domicile certificate was issued on June 26, to Navin Kumar Choudhary, an Indian Administrative Service (IAS) officer from Bihar who had served in J&K for 26 years.