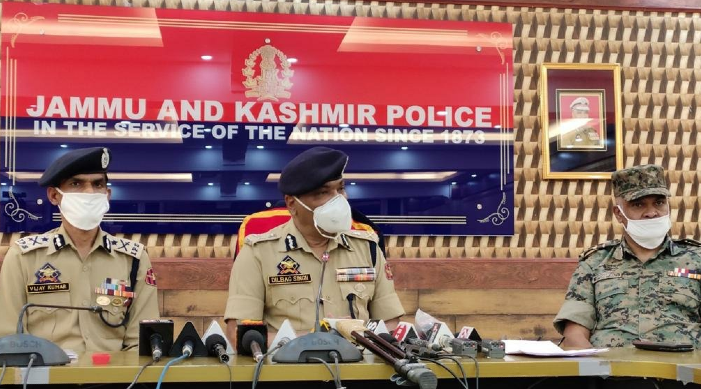 With a Hizbul terrorist being gunned down in an encounter with the security forces, the Jammu and Kashmir Police have declared that Doda is now militancy free.

Masood, a so-called commander of terrorist group Hizbul Mujahideen, was killed by security forces in an encounter in south Kashmir’s Anantnag district on Monday morning.

He was the last surviving terrorist from the Doda district, Jammu and Kashmir police chief Dilbag Singh said, the Hindustan Times said in a report.

Doda is a district in the eastern Jammu region that borders south Kashmir’s Anantnag and has been a key area of focus for security forces in recent months.

Two Lashkar-e-Taiba terrorists including a district commander were also killed in Monday’s encounter with a joint team of Kashmir police and Rashtriya Rifles in Anantnag’s Khull Chohar.

A significant feature that has been noticed over the last few months is that terrorists from different groups have been found to be operating together.

According to the J&K Police, Masood was was involved in a rape case of Doda police and was absconding ever since. He later joined HIzbul Mujahideen and shifted his area of operation to Kashmir.

More than 100 terrorists have been killed so far this year, as security forces have intensified their operations. This has prompted sharp protests from Pakistan’s foreign office who rushed to describe the terrorists killed in encounters as ‘innocents’, the report said.

Nearly 40 terrorists have been killed in June alone, mostly during joint operations by security forces in the south Kashmir region.

The success in operations against terrorists is being attributed to the government’s move earlier this year to tighten the security grid along India’s border to stop infiltration of terrorists from Pakistan’s terror factories.