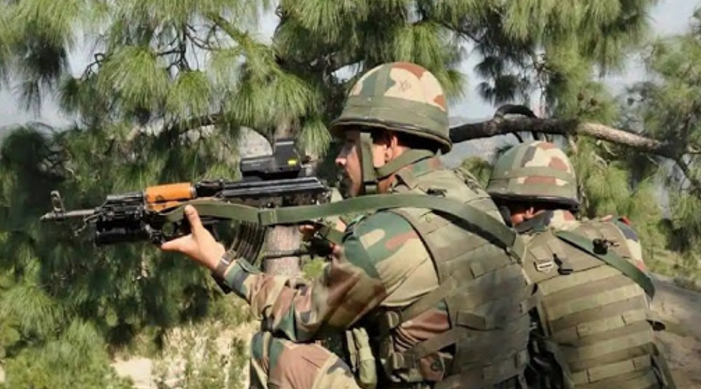 India has been accusing Pakistan of aiding and abetting infiltration on the Indian side of Kashmir from past several years, however, Islamabad has categorically rejected the allegations. There are at least 15 suspected launch pads in Pakistan-administered Kashmir, which are full in its capacity as per Indian army sources.

The Indian army quashed an infiltration bid on Monday in Jammu and Kashmir's Naushera Sector by killing at least 10 armed individuals alleged to have been trained in Pakistan.

Indian Army sources said that troops have also destoyed suspected launch pads along the Line of Control that divides the disputed region of Kashmir between the two nuclear-armed nations.

According to sources, seven purported terrorists alleged to have been trained in Pakistan were killed in the Mendhar Sector of Poonch, Jammu and Kashmir. Three other infiltrators were gunned down in the Nowshera Sector of Rajouri and several suspected terrorist launch pads were destroyed as well.

The counter-infiltration operation has been going on since 28 May as the Pakistani Army continued to fire from across the LoC and the Indian side retaliated, Indian Army sources confirmed.

Earlier on Sunday, top Indian military officer Lt. Gen. Raju told the news agency PTI that terrorist camps and around 15 launch pads are running at full capacity on the Pakistani side of Kashmir leading to increased infiltration attempts from across the border to compensate for diminishing terrorist cadres during encounters.

Pakistani Prime Minister Imran Khan has repeatedly stressed that India is trying to divert the world's attention from the "genocide" in Kashmir and warned that "a false flag operation" by New Delhi was "imminent" in Indian-administered Kashmir.

Khan also called India a threat to its neighbours – Bangladesh, China, and Nepal by way of “arrogant, expansionist policies” .

In 2020, India and Pakistan have engaged in more than 2,500 ceasefire violations from both the sides and the firing escalated in April.

Both South Asian nations have been fighting over Kashmir since 1947, but relations further deteriorated when India stripped Jammu and Kashmir of its special status by revoking Article 370 of the Indian Constitution.