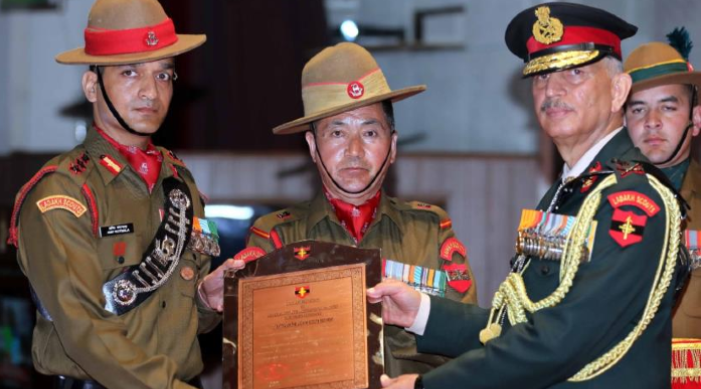 Northern Army Commander Lieutenant General Y K Joshi on Thursday said there has been a huge decline in stone pelting incidents and violence in Kashmir in the past six months.

He said the Army was playing its role in ensuring peace and normalcy in the Valley.

Lt Gen Joshi, who assumed the charge of GOC-in-C of Udhampur-based Northern Command this month, was speaking after presenting gallantry and distinguished service awards to 83 Army personnel and nine 'Veer Naris' at an investiture ceremony here.

"During the last six months, there has been an improvement in all parameters of security in the Kashmir Valley," Lt Gen Joshi said.

"There has been a huge decline in incidents of stone pelting, violence and agitations and this shows the faith of the people in peace and national integration," the Army commander added.

On the security situation along the Indo-Pak border, he said the Army is "standing like a shield" against the Pakistan-sponsored terrorism.

"We are alert and have kept the guard high against the enemies along the LoC," Lt Gen Joshi said.

He also said the Army is maintaining a tight vigil along the Indo-China border in Ladakh.

The Army commander complimented the soldiers for successfully foiling the misadventures of the enemies with high degree of alertness.

"The nation is proud of you," he told them.