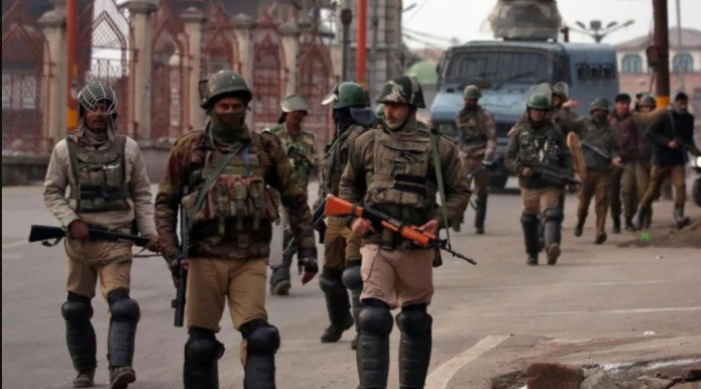 The killed Jash-e-Mohammad terrorist was involved in civilian killings post the abrogation of Article 370 on August 5, 2019

A day after two security personnel were killed in an encounter in South Kashmir, the security forces on Wednesday avenged the attack by gunning down a dreaded Jaish terrorist, while another militant is suspected to have escaped.

The Jammu and Kashmir Police has confirmed that the killed militant is a foreign terrorist identified as Abu Saifullaha alias Abu Qasim of the proscribed outfit Jash-e-Mohammad (JeM).

The terrorist was active in the Tral area and Khrew area of Awantipora district for more than one-and-a-half years and was a close associate of foreign Jash-e-Mohammad terrorist Qari Yasir. Even as the first cordon was laid on January 21, in which two security personnel lost their lives during the encounter, forces continued to chase and track down the terrorist.

Following specific information about the presence of JeM terrorists, a search operation was launched in Zaintrag village in the wee hours on January 21.

The search operation was carried out by Police, 50 Rashtriya Rifles (RR) and 185 Battalion of the CRPF.
During search operation, terrorists fired upon the search party which gave grievous bullet injuries to Sepoy Rahul Ranswal of 50 RR and SPO Shahbaz Ahmad of J&K Police. They were rushed to the 92 Base Hospital in Srinagar. However, both the injured officers succumbed to their injuries at the hospital.

While the injured officers were being rushed to the hospital, terrorists ran away from the cordon area.
The search, however, continued on the next and the terrorists were tracked down in the forest area of Nagander village. The second terrorist could not be traced.

The killed terrorist was involved in civilian killings post the abrogation of Article 370 on August 5.
He is said to be behind the killing of a 24-year-old civilian in South Kashmir's Tral area. He was also involved in several other terrorist activities.