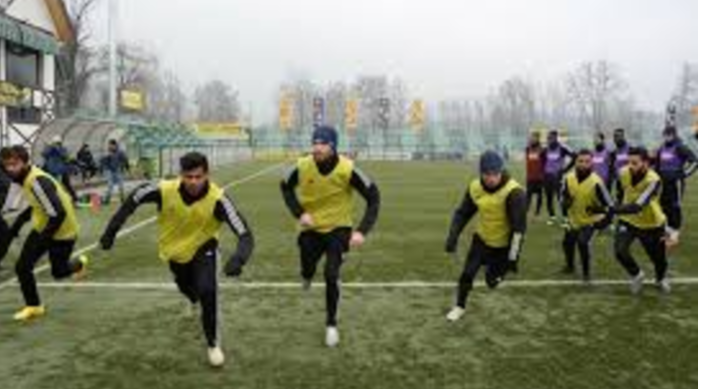 Winless in their last four matches, NEROCA FC host another struggling side Real Kashmir FC in an I-League 2019-20 match on Tuesday.

Neroca have made a shaky start to their campaign and currently sit at 10th in the 11-team league with five points, while Real Kashmir are at ninth. The two sides desperately need a win to come out of the bottom half of the points table.

The orange brigade coached by Gift Rai Khan, despite having quality players in their ranks, have found it difficult to gel as a cohesive unit. Boubacar Diarra and Zico Sekle have displayed sparks of their brilliance up front but have struggled to score goals.

In the midfield, Chanso Horam and Gaty Kouami have acted as a dependable pivot when on the pitch together, but other permutations have been preferred over the pair at times.

They have come into Tuesday's match after their 1-2 defeat against TRAU FC in the first ever Imphal derby.

"When there is defeat, there is always a disappointment. It should serve as a lesson for the next derby. For now, we have to look ahead to the next game, and work hard towards earning three points," Neroca forward Boubacar Diarra asid ahead of Tuesday's match. "We have to take Real Kashmir seriously. They have tall players and play long balls. We will take precautions and proceed with small passes and counterattacks."

The 'Snow Leopards' have scored four headed goals this season, which validates Diarra's observation. However, the Srinagar-based side have come into the match with a win and a draw in their last two matches, thus dropping five points, making Tuesday's fixture a must-win for them.

Commenting on what has been lacking in his side this season, head coach David Robertson said, "We have been playing very well as a team. We are not getting the results we need but we are creating a lot of chances on goal, just not finishing them.

"Neroca are an incredible club and have great quality players. So it will not be easy we just need to stay focused and stick to the game plan," he said.