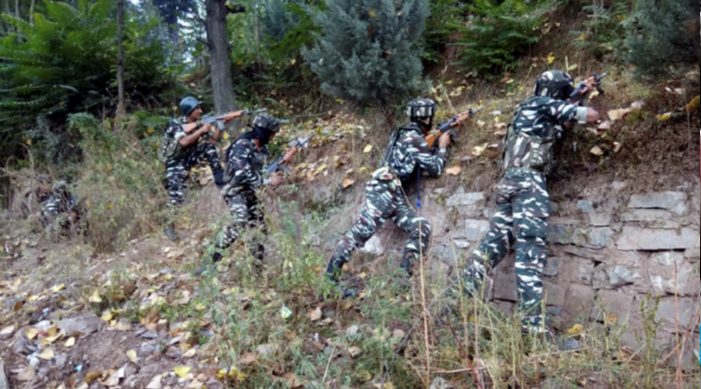 Three militants were killed in an encounter with the security forces at Gulshan pora in Tral in south Kashmir on Sunday. The militants have been identified as Umar Fayaz Lone alias Hamad Khan, Adil Bashir Mir alias Abu Dujana and Faizan Hamid -- all belonging to Tral.

While Umar and Adil were in touch with the Hizbul Mujahideen, Faizan was linked to Jaish-e-Mohammad.
Addressing a press conference in Srinagar, Inspector General of Police Vijay Kumar said: "Following the specific inputs about the presence of militants in Tral, the police launched an operation.

"We also got input about Hamad Khan who was involved in civilian and police killings. He was first asked to surrender, but he opened fire and the police retaliated."

"The third militant was also killed later. Arms and ammunition were recovered from their possession," Kumar said.
The police have launched a series of operations in south Kashmir after the arrest of top Hizbul Mujahideen commander Naveed Babu and his accomplice on Saturday.