Govt routing artisans to outside market 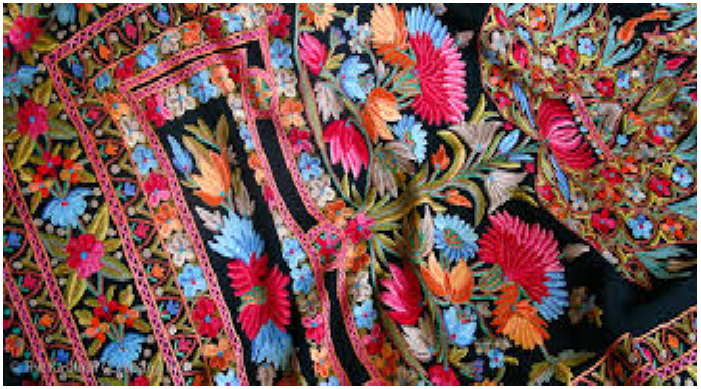 Jammu Kashmir government, under the Jhelum Tawi Flood Recovery Project (JTFRP), is empowering local artisans to have a direct access to big retail outlets in India to sell their products.

Under the project, the government has opened five clusters that include embroidery in Noor Bagh, papier-mâché in Zadibal, willow wicker in Ganderbal, and wool in Pulwama and Bandipora area.

In each cluster, at least 600 artisans are getting educated by a leading company Rangsutra, who apart from conducting skill development programmes also have many retail outlets across India.

Under the programme, artisans are given trainings like skill up-gradation training, marketing, product design development workshops, production and quality training.

Talking to Rising Kashmir, nodal officer JTFRP Industries and Commerce (I&C) Sajid Nazir Wani said it was government’s first such initiative in which a local artisan can have direct contact with big retail outlets in different parts of India.

“Till now, a local artisan used to work all day long but get paid peanuts by the brokers and intermediaries," Wani said. "By introducing artisans directly to the market, it has empowered them to sell their products at their own prescribed rates."

Wani said the engagement of companies like Rangsutra has given a much-needed exposure to artisans who till date had no entrance to the outside world.

“Under the programme, we are not only giving trainings to the artisans but creating a company of production which will be solely run by these artisans without any government interference," he said. "It will be a direct business between a seller and a buyer.”

In Noorbagh cluster, the artisans who have enrolled themselves under the programme have already received an order of Rs 10 lakh from one of the leading garment outlets, Fab India.

“We got the order at a time when everything was shut in the Valley. There was no mobile connectivity. So we went door-to-door to gather all the artisans at the cluster," Kusum said.
Parveena Sofi, 35, who is associated with the cluster for the past year, said being in direct contact with the big retail outlets had given a new lease of life to their craft, which otherwise was dying a slow death.

“The private players used to exploit us. For one piece of cloth, we (artisans) used to get Rs 80. Now for the same embroidery we are getting at least Rs 200 per piece," Sofi said. "Similarly, if we have to prepare five-set of clothes, we get around Rs 2300 to Rs 2500."

Like Sofi, another artisan Masrat, 27, also expressed satisfaction after registering herself with the cluster.

"I have learned new designs under this programme. It has enhanced my skills," Masrat said.