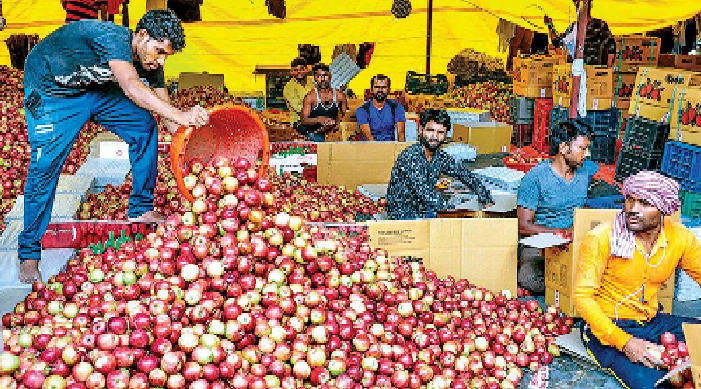 Jammu and Kashmir government has agreed to extend the Market Intervention Scheme (MIS) to procure apples directly from fruit growers in Valley till March-end next year.

Sources said the government deliberated on an extension of MIS in the Valley and has agreed to extend the benefit of the scheme to fruit growers of J&K till March-end 2020.

The MIS was launched in collaboration with J&K Horticulture Planning and Marketing department, National Agriculture Cooperative Marketing Federation of India (NAFED) (Ltd) and department of Horticulture Kashmir on September 15 to purchase apples directly from the fruit growers in view of lockdown and communication clampdown in Valley following the scrapping of Article 370.

Sources said the government has also decided to revise the rates of the different varieties of apple on December 31.

Director Horticulture Marketing and Planning G M Dar told this newspaper that 9.31 lakh apple boxes weighing 14,000 metric tonnes have been procured from fruit growers in Valley so far. He said the apples worth I61 crores have been procured from the fruit growers under MIS so far. Dar said the there was a better response to the scheme in south Kashmir’s Shopian, Pulwama and Anantnag districts as compared to central and north Kashmir.