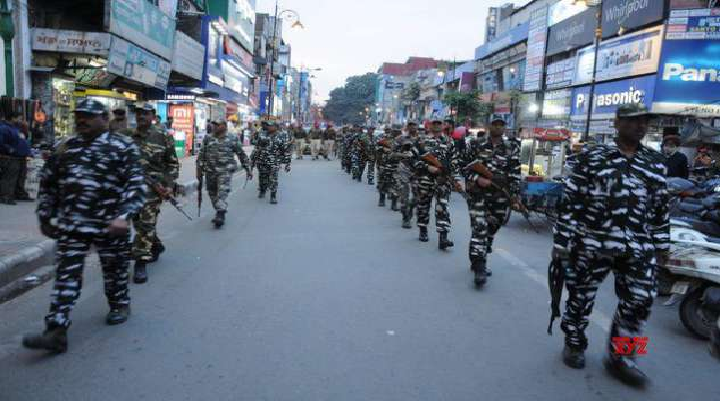 The Union Home Ministry has issued an order for withdrawing 72 companies of Central Armed Police Forces (CAPF) or paramilitary forces from newly-created Union Territory of Jammu and Kashmir "with immediate effect".

The Ministry of Home Affairs (MHA) order, issued on Monday, informed the Chief Secretary, Home Secretary and Director General of Police of Jammu and Kashmir that these security personnel are being withdrawn with "immediate effect".

A copy of the order was also sent from the Ministry to Inspector Generals (Operations) of the CRPF, the BSF, the ITBP, the CISF and the SSB for necessary follow-up action, and also to CRPF's Additional Director General and J&K in charge Zulfiquar Hasan.

"It is to intimate that the matter has further been reviewed in this Ministry. It has been decided to withdraw 72 Coys (companies) of CAPFs (CRPF-24, BSF-12, CISF-12 and SSB-12) with immediate effect from J&K and revert back to their respective locations," reads a fax message issued by the Ministry.

The Home Ministry issued the order after the review of security situations in Jammu and Kashmir where these forces were deployed even before August 5 - the day the Centre announced the abrogation of Article 370 of the Constitution, giving Jammu and Kashmir special status.

On August 5, Union Home Minister Amit Shah had announced the abrogation of Article 370 in Parliament and moved a Bill to bifurcate Jammu and Kashmir into two Union Territories - Jammu and Kashmir with an Assembly and Ladakh without one.

Additional deployment of CAPF was made in Jammu and Kashmir before the announcements by the Centre.