Muslims agree to demolition of mosque for Jhelum bridge 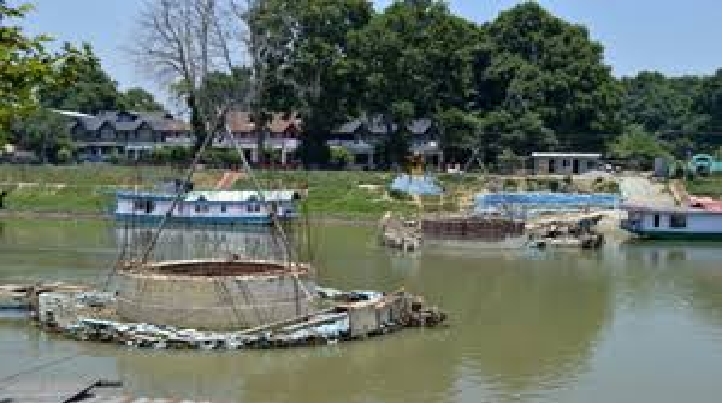 In an exemplary act, the Muslim community here has agreed to the demolition of a 40-year-old mosque to allow the completion of a long-awaited bridge over Jhelum river, officials said on Sunday. They said the project has been pending since 2002 due to some bottlenecks including the presence of the mosque and some residential and commercial structures. The demolition of the mosque began on Saturday, 24 hours after the signing of an agreement between Srinagar District Development Commissioner Shahid Iqbal Choudhary and the Managing Committee of Masjid Abu Turab at Qamarwari's Rampora area, they said.

This is a second instance when the efforts of the deputy commissioner paved the way for resumption of stalled work on vital projects.

Earlier this month, he had successfully negotiated with the management of the historic Damdama Sahib Gurdwara at Zainakote, enabling resumption of expansion work on the Srinagar-Baramulla National Highway.

The officials said the district development commissioner held a series of meetings with the mosque management to resolve the major land acquisition issue, preventing the completion of the 166-metre two-lane bridge connecting Qamarwari with Noorbagh in the city.

The agreement reached between the government and the mosque management includes among others an offer from the district administration to bear all cost of the reconstruction of the mosque and its completion within 12 months, the officials said.

They said that the Rs 10-crore bridge project was started in 2002 but could not be completed because of issues surrounding such acquisition and removal of bottlenecks.

In spite of funding of over Rs 2.5 crore through the Jammu and Kashmir Infrastructure Development Finance Corporation (JKIDFC) in 2018, covering cost escalation to complete the project, the work remained stalled because of a total of 18 bottlenecks including the presence of the mosque, the officials said.

"Now that this main bottleneck in the completion of the project is sorted out, the work will be resumed and completed at the earliest," Choudhary said.

He said a plan has also been finalised for relocation of other bottlenecks which includes a fire station and 16 residential and commercial structures.

He said alongside construction of the said bridge, the district administration would undertake flood protection and beautification works along Jhelum and repair adjacent roads and install smart lighting in the area.