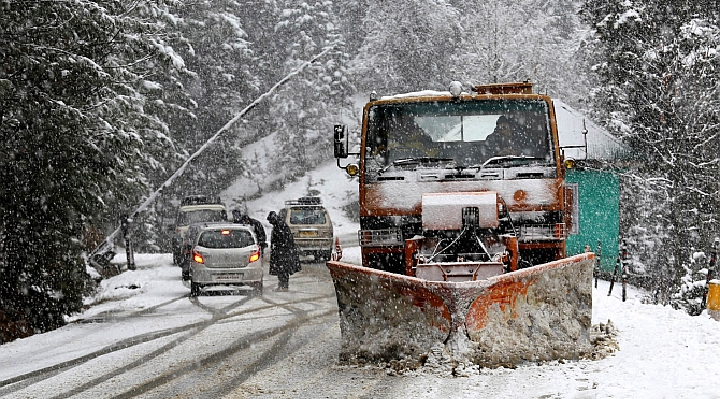 In view of inclement weather, the Divisional Commissioner, Kashmir, Baseer Ahmad Khan chaired a high-level meeting to review arrangements made by the Line Departments

The Divisional Commissioner directed Mechanical Engineering Department (MED) to gear up their men and machinery. He also directed them to position an adequate number of snow clearance machines at various locations.

BEACON AND RAMKY were asked to ensure the timely deployment of men and machines on the Airport and National Highway for snow clearance. The concerned departments were asked to send location-wise details of snow clearance machines to the respective Deputy Commissioners immediately.

SMC Commissioner was directed to frame duty roaster for all Municipal wards of the city indicating deployment of staff as well as machinery. He was asked to ensure that all measures are put in place to clear snow from lanes and bye-lanes besides deploying de-watering pumps in the low lying areas.

The Divisional Commissioner warned that no laxity in snow clearance operations will be tolerated and any delinquency in this regard will be stringently dealt with.

In order to avoid unscheduled power cuts, The Div Comm directed PDD to adhere to the power scheduled in letter and spirit besides ensuring to enhance the buffer stock of additional transformers at each district.

The Health authorities were asked to ensure adequate heating arrangements while ensuring sufficient availability of medicines during the winter in all the health intuitions of Kashmir division.

Director Food was directed to ensure availability of kerosene oil to all districts as per schedule.

The Divisional Commissioner directed Deputy Commissioners to conduct a surprise inspection of control rooms of concerned departments and ensure their round the clock functioning so that people get real-time information about essential services. He directed the concerned DCs to ensure wide-publicity of contact numbers of Control Rooms through print and electronic media.