Over 400 youths from Jammu and Kashmir inducted into Army 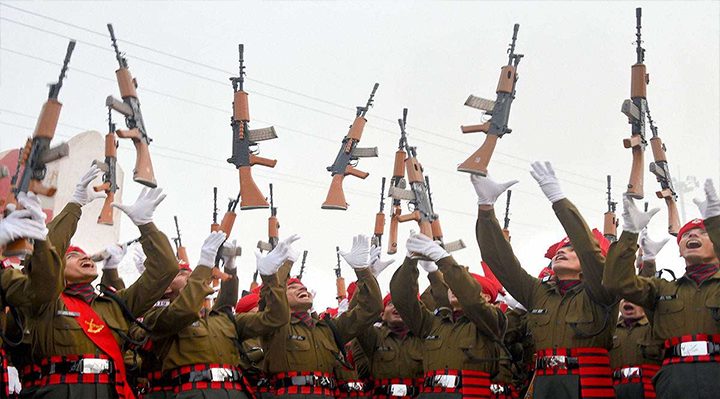 ver 400 freshly-trained youths from Jammu and Kashmir were on Saturday recruited into the Army at a passing-out-parade in Srinagar, the first such parade of the force after the erstwhile state became the Union territory.

The parade, which was reviewed by the General Officer Commanding (GoC) of Srinagar-based Chinar Corps, Lt Gen KJS Dhillon, was attended by hundreds of parents and relatives of the young soldiers.

Later, the corps commander felicitated Ilyas Ahmad, an honorary Captain of the JAKLI who has retired from the service but continues to work for the betterment of the people.

"Avalanche rescue is Ahmad's specialty. He has been awarded two Sena medals, has been awarded commendation card by the Chief of Army Staff five times. He is a very brave jawan hailing from Tangdhar Kupwara," Lt Gen Dhillon said.

"He recently retired from the services, but even then, he was part of the rescue mission of the jawans who came under an avalanche recently in Tangdhar. I congratulate him. He is our real hero, who has the spirit of bravery and Kashmiriyat in him," the GoC told reporters.