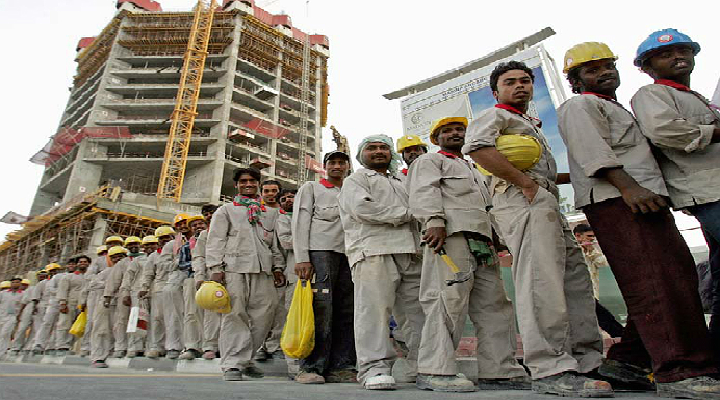 These remarks were made by Commissioner Secretary while addressing at the concluding ceremony of Pension Sapta awareness programme on Pradhan Mantri Shram Yogi Maandhan Yojna (PM-SYM) a pension scheme held at Sheikh ul Aalam Hall, Budgam.

A large gathering of un-organized workers engaged and other affiliated sectors also attended the programme.
Speaking as a chief guest, Commissioner Secretary said that government is committed to empower un-organized workers and make them economically independent after attaining the age of 60 years.

Asking workers to register themselves under the pension scheme, Commissioner Secretary said that the scheme is first of its kind launched by the government to cover all un-organized workers who could not avail benefits of other schemes. He said the benefits of the scheme can be availed by the spouse of the registered worker in case of the death of the worker.

He urged labourers to register themselves under the Board of Construction also to avail all other benefits including marriage assistance, monetary, scholarships benefits for education and other professional courses to their children. On the occasion, Commissioner Secretary distributed pension cards among the workers. The workers also raised their issues and demands with the Commoner Secretary.

Speaking on the occasion, the DDC Budgam urged upon the concerned labour class to voluntary contribute towards this pension scheme launched by Government of India as a major initiative to provide economic support to the weaker sections. He also said the scheme can prove most beneficial source of monthly income to enrolled laborers after attaining age of 60 years.
On the occasion, Commissioner Labour highlighted on the importance of the PM- SYM and said the scheme has been launched for the welfare of every un-organized worker.