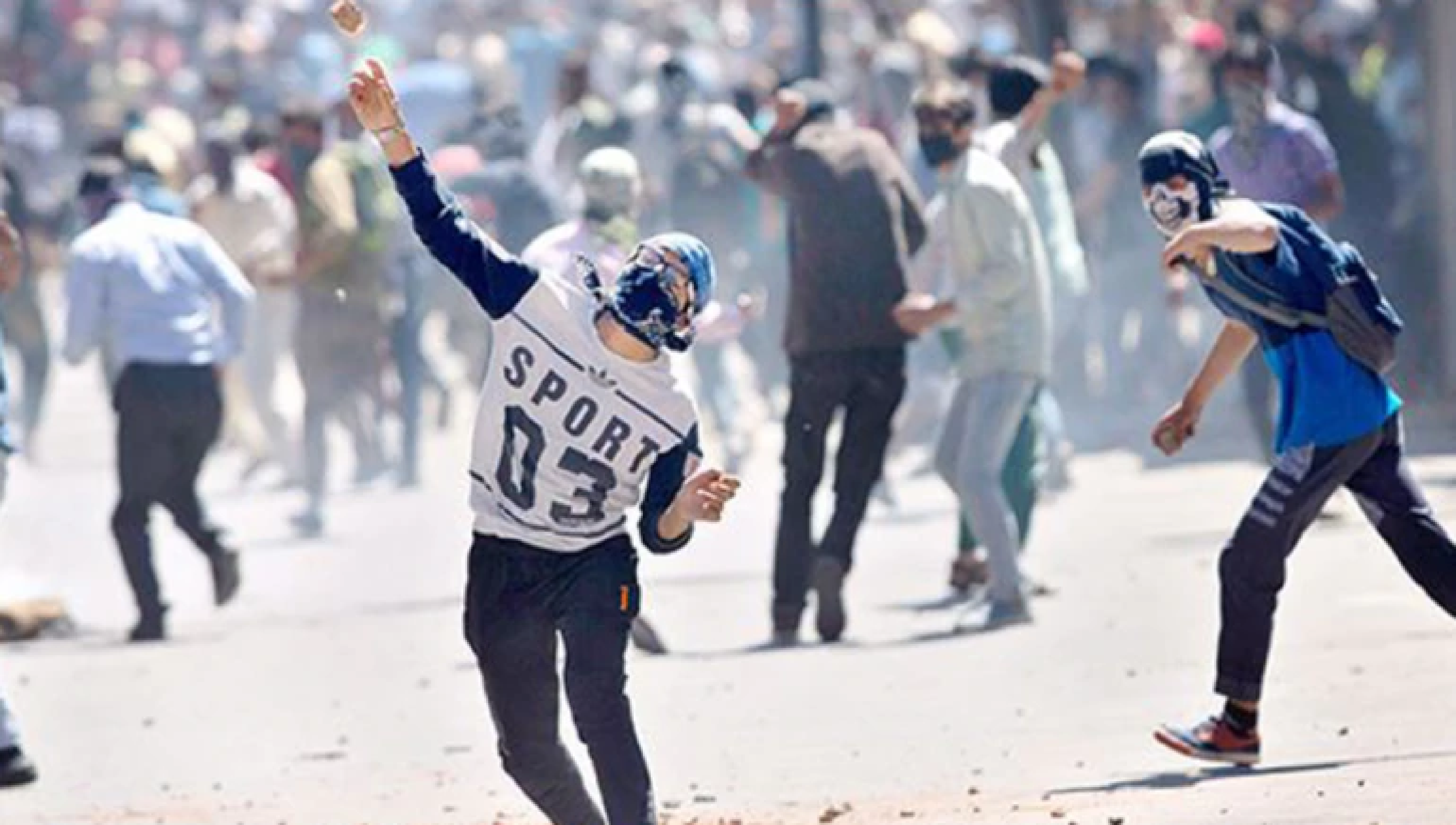 Undercover reporters have met with people who were ready to hire jobless youths for pelting stones in Srinagar for money; the Kashmir Valley continues to sit on the razor's edge, with potential troublemakers set to unleash a new wave of unrest at the first opportunity

Almost four months into the clampdown, the Kashmir Valley continues to sit on the razor's edge, with potential troublemakers set to unleash a new wave of unrest at the first opportunity, an India Today TV investigation has found.

The undercover probe came amid the global media's outcry over tight restrictions in Jammu and Kashmir following revocation of Article 370 in August. On his part, Union Home Minister Amit Shah told Parliament last month that normalcy had been restored in the restive region.

But India Today TV's investigation belies the government's all-is-well claims. The reality, at the same time, also flies in the face of international criticism of New Delhi's measures in Jammu and Kashmir.

Suspected instigators from a cross-section of the Valley traveled down to the national capital to share their blueprint for violent protests with India Today TV's Special Investigation Team posing as corporate lobbyists.

Fayaz Ahmad Bhat, a local cricketer from Ganderbal, told the undercover reporters that, if paid, his men could very well orchestrate unrest at Soura and Buchpora neighbourhoods in and around Srinagar.

"Violent protests with masks on. Pelting police vehicles with stones and creating road blockades," he remarked, explaining what all he could organise despite tight restrictions in the Valley. "This may invite (police) firing or pellets. Ten to 15 young men will come and hold violent protests in areas like Soura and Buchpora. They can be hit by pellets on the face."

His modus involves provoking worshippers over Article 370 during Friday prayers.

"One way to get it done is through the imams (of the local mosques). You don't need permissions (to get in). The mosques have their own management committees. I'll have to put in a written request to them (for delivering speeches)," he said. "I will also talk to them. Listen, we have to do it forcibly. We will do it before the sermons begin. I will ask for a minute or two to speak. Then, I will raise slogans and get out."

The Kashmiri cricketer proposed to stretch violent protests to 20 days, with demonstrations taking place every third day to dodge security.

"Security will be put in place at the location of protests a day after they happen. So, it should be stretched. If you hold it today, it won't be possible to re-organise it (at the same location) on day 2. But it can be held every third day," he said.

When investigated, Umar Meraj, a former worker of a national political party, shared his own plan. A resident of Soura in Srinagar, he proposed to perpetrate arson attacks on schools in the Valley.

"We can set six-seven schools on fire. I spoke to the masjid two days ago. They will also do it," he claimed.

"Will those be government or private schools?" the reporter probed.

"Private will be better. Why set government schools on fire? No one studies there. Private ones are more important," he replied.

Meraj offered a package deal, which included stone-pelting and arson for a month. He sought up to Rs 2 crore for inciting violence.

"These three things are the easiest: stone-pelting, market shutdowns, traffic blockades. These are small things. And so is arson," he said. "So far as Kashmir is concerned, it's our backyard."

Sofi claimed his men, if paid, would not even allow a bicycle out on the Valley's streets.

"I am talking about my area. It covers 8-9 km of the national highway up to Ganderbal," he said

"For how long can it be blocked?" the journalist probed.

"Till I am taken into custody. Till I am arrested," Sofi shot back. "I think we'll need Rs 1-2 crore for that."

On the face of it, Asad Siddiqi runs a non-profit in Srinagar. But he confessed to India Today TV's SIT that he actually recruits Kashmir's jobless youth for violent demonstrations.

Siddiqi demanded up to Rs 12 lakh disguised as funds for his nonprofit.

"Young men from downtown have to be readied. Once the Internet services are fully resumed and security is scaled down, then see what happens," he said.

In his comments, Lt-Gen (Retired) SA Hasnain, a former corps commander in Srinagar, warned of what he called a terror ecosystem in the Valley.

It is a whole ecosystem which supports terrorism. This is something we have all been speaking about," he said. "Just to give you an example of how mercenaries work at the Line of Control -- there are guides who are not necessarily anti-Indian, but Rs 4-6 lakh are exchanged to do four to five crossings in a year," he said.

Kuldeep Khoda, former police chief of Jammu and Kashmir, said the troublemakers in the Valley still had access to finances. "Though the NIA has taken a lot of action in the past two years [in Jammu and Kashmir], lots of funds are still doing the rounds," he said.