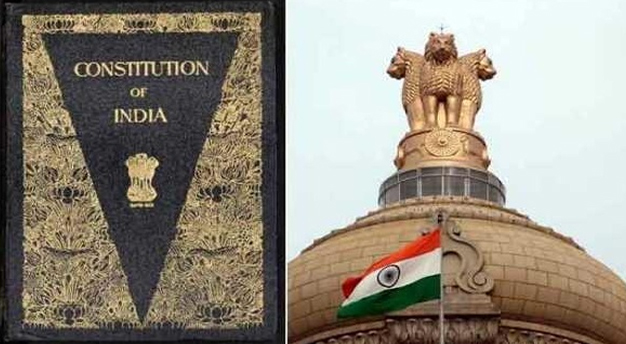 After losing its separate Constitution and flag since the abrogation of Article 370 on August 5, Jammu and Kashmir, for the first time, will celebrate the “Constitution Day” on November 26 to acknowledge the contribution of the framers of the Indian Constitution.

“The divisional commissioners, deputy commissioners, heads of the departments and the heads of all the police formations, schools and colleges across the UT of J&K shall undertake similar activity in their respective offices and ensure that all subordinate offices also read out the Preamble on Constitution Day at 11am and pledge to the Fundamental Duties,” the order said.

The Department of Law, Justice and Parliamentary Affairs has been nominated as the nodal department to coordinate the activities of the departments of school education, law, justice and parliamentary affairs, GAD, higher education social welfare, home, housing and urban development, youth services and sports, rural development and Panchayati Raj, tourism and information.

The order said, “November 26 has a unique significance in the history of independent India as it was on this day in 1949 that the Constitution of the country was adopted, and, thereafter, came into force on January 26, 1950, thereby, marking the dawn of a new era. To acknowledge the contribution of the framers of the Constitution, and sensitise people regarding the exalted values and the precepts enshrined in it.”

“November 26 is being observed as the ‘Constitution Day’. This year will mark the 70th anniversary of the adoption of the Constitution. The national campaign would start from November 26 and culminate on April 14, 2020 on Dr BR Ambcdkar’s birth anniversary,” the order said.