Made in India products more visible in other countries than ever before: PM Modi 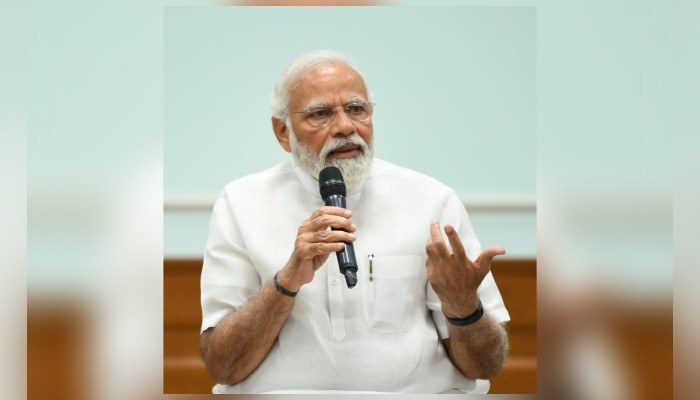 The Prime Minister also spoke about the success of India's small entrepreneurs in his Mann ki Baat address. (File photo)

An array of new products was being sent to ever newer countries, Prime Minister Narendra Modi said

Made in India products will be more visible than ever before if one goes to other countries now, Prime Minister Narendra Modi said on Sunday.

New products from all corners of the country are reaching foreign shores, PM Modi said during his monthly Mann ki Baat address.

Giving examples, he talked about the export of leather products from Hailakandi in Assam, handloom products from Osmanabad, fruits and vegetables from Bijapur and black rice from Chandauli.

"Now, you will also find the world famous apricot of Ladakh in Dubai too and in Saudi Arabia, you will find bananas shipped from Tamil Nadu," the Prime Minister said.

An array of new products were being sent to ever newer countries, he said, giving the example of the first consignment of millets grown in Himachal and Uttarakhand being exported to Denmark. Bainganapalli and Subarnarekha mangoes from Krishna and Chittoor districts of Andhra Pradesh were exported to South Korea, he added.

"Fresh jackfruits from Tripura were exported to London by air and, for the first time, King Chilli from Nagaland was dispatched to London. Similarly, the first consignment of Bhalia wheat was exported from Gujarat to Kenya and Sri Lanka," PM Modi said.

Referring to the great potential of India, he said the basis of its strength were the farmers, artisans, weavers, engineers, small entrepreneurs and the MSME sector.

During his address, he recalled how the goal of exporting to the tune of $ 400 billion had been achieved recently. "When each and every Indian is vocal for local, it does not take long for the local to become global. Let's make the local ‘global’ and augment the prestige of our products further," PM Modi remarked.

Noting that a transparent system has been developed through technology, PM Modi said that during the last one year, the government had purchased items worth more than one lakh crore rupees through the GeM portal. Close to 1.25 lakh small entrepreneurs, small shopkeepers from every corner of the country have sold their goods directly to the government.