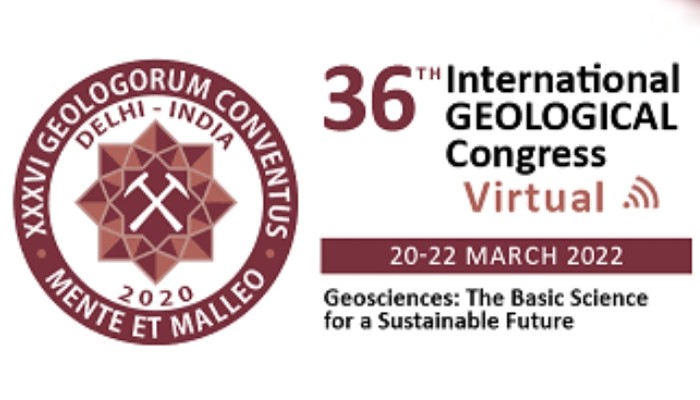 The theme of this year’s meet is ‘Geosciences: The Basic Science for a Sustainable Future’

India will host the 36th International Geological Congress, aimed at the development of Earth Sciences, in the National Capital Region (NCR) in a virtual platform from March 20 to 22, the Ministry of Mines said on Wednesday.

The 36th IGC has been designed to enable the participation of meritorious geoscientists worldwide and give them the opportunity to explore the best of the geological wealth of the Indian subcontinent.

This year’s event is being jointly funded by the Ministry of Mines and the Ministry of Earth Sciences, Government of India and supported by the Indian National Science Academy (INSA) along with the science academies of Bangladesh, Nepal and Sri Lanka.

The IGC is a quadrennial geo-scientific event held under the aegis of the International Union of Geological Sciences (IUGS). The theme of the science program at the 36th IGC is ‘Geosciences: The Basic Science for a Sustainable Future.’

The event is expected to be attended by nearly 5,000 – 7,000 delegates from across the world, the ministry said.

Described as the “Olympics of Geosciences,” the event will feature debates and discussions on a wide range of issues plaguing the world, such as sustainable development, climate change, water and mineral resources.

The talks will also highlight the complex interactions of various phenomena that regulate the Earth processes and their symbiosis with the biosphere, by focusing on emerging paradigms in the realm of geosciences in the context of sustainable development.

According to the Ministry of Mines, it will provide a host of opportunities to the mining & mineral, and the allied industries of the country, apart from the scientists, researchers and academia.

It would give first-hand information on the latest technologies in mining, mineral exploration and management of water, mineral resource and the environment. It would also facilitate increased academic production and create opportunities for capacity building across geoscientific streams.

The present Congress was originally scheduled to be held during 2-8 March, 2020 but was postponed due to the Covid-19 pandemic.

The first session of IGC took place in France in 1878. Since its inception, 35 Congresses have been hosted by 24 countries throughout the world.

India is the only Asian country to host this International Congress twice. The 22nd session of IGC was held in New Delhi in 1964, added the ministry.