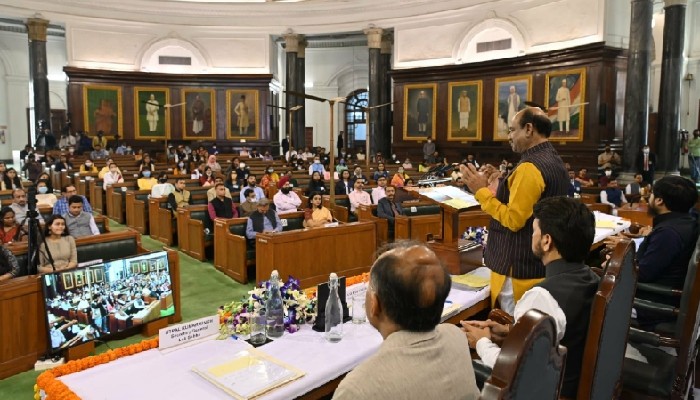 Hailing the all-pervasive intellectual capacity and energy of the youth in India, Lok Sabha Speaker Om Birla on Friday expressed the hope that India’s status as ‘Vishva Guru’ will get further impetus with their growing stature globally.

He was addressed the valedictory function of the 3rd National Youth Parliament Festival (NYPF) in New Delhi.

Highlighting the rapid changes taking place globally, Birla urged the youth to adapt to these changes so that they could prepare themselves accordingly and also take the nation forward.

He emphasized that as the country is moving forward, the youth with their talent and energy should contribute to development, democracy and strengthening of democratic institutions. The sentiment of ‘Nation First’ should guide them in their every effort, he stressed.

Expressing concern about the decline in dignity and decorum in legislatures, the Lok Sabha Speaker suggested that there should be wider discussions on bills so that hopes and aspirations of all sections of society could be incorporated in the laws and the legislations effectively.

Emphasizing that public representatives should work diligently to enhance dignity and decorum of the Houses, he suggested that the youth should play a vital role by way of dialogue with their representatives on this issue.

The event was organised jointly by the Lok Sabha Secretariat and the Ministry of Youth Affairs and Sports.

National Youth Parliament provides a platform for the youth to voice their thoughts opinions and dreams for the country as well as their concerns and local problems.

The NYPF is aimed at hearing the voice of the youth, between 18 and less than 25 years of age, who are looking forward to join various careers in the coming years, including public services.