Over 200 precious idols brought back to India over last 7 years: PM Modi 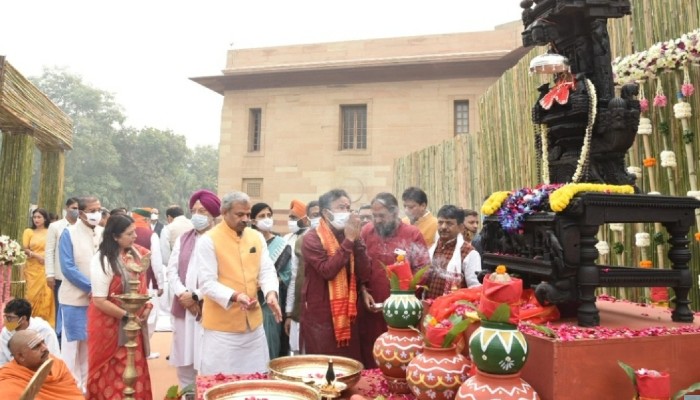 Idol of Goddess Annapurna which was brought back from Canada in November last year. (File)

This was in contrast to just 13 of them being retrieved before 2014, PM Modi said

India has brought back more than 200 precious idols, which were stolen or smuggled in the past, in the last seven years, Prime Minister Narendra Modi said on Sunday.

This was in contrast to just 13 of them being retrieved before 2014, he added.

Speaking in the 86th edition of ‘Mann Ki Baat’, PM Modi referred to the return of an invaluable heritage from Italy earlier this month.

This heritage is the over 1,000 years old idol of Avalokiteshvara Padmapani, PM Modi said. This idol was stolen a few years ago from Kundalpur temple, Devi Sthan of Gaya ji in Bihar.

"But after innumerable efforts, India has now got this idol back," the Prime Minister noted.

He also spoke about the 600-700 years idol of Lord Anjaneyaar, Hanuman ji which was stolen from Vellore in Tamil Nadu a few years ago. "Earlier this month, we retrieved this in Australia; our Mission has received it," he announced.

He noted that the idol of Ma Annapurna Devi, which was stolen from Kashi, was also brought back recently.

In the past, PM Modi pointed out, many idols were stolen and kept being taken out of India.

"Sometimes in this country, at times in another, these idols were sold... and for them they were just pieces of art. Neither did they have anything to do with their history, nor with reverence attached to them. It is our responsibility towards Mother India to bring home these idols,' he emphasized.

"Many countries such as America, Britain, Holland, France, Canada, Germany, Singapore have understood this sentiment of India and helped us to retrieve these idols," PM Modi noted.

Referring to his visit to the United States in September last year, he said he came across a lot of very old idols and many artefacts of cultural importance there.

"Whenever any priceless heritage returns to the country, it is naturally a matter of great satisfaction for all of us....as an Indian, as one who has reverence for history and archaeology, one connected with faith and culture," the Prime Minister said.