India to get Cheetahs from African countries, release them in the wild 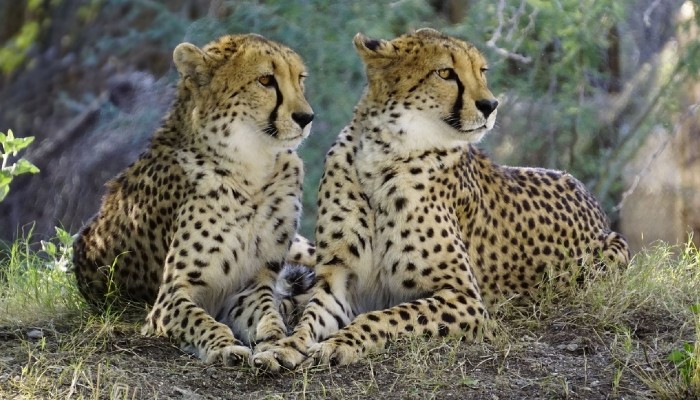 The cheetah was declared extinct from India in 1952

India is planning to procure over a dozen Cheetahs from African countries over the next five years. They will be released in the wild after being fitted with radio collars so that they can be monitored remotely.

The cheetah, which is considered to the world's fastest land animal, was declared extinct from India in 1952. Currently, there are no cheetahs in any National Park or Wildlife Sanctuary in India.

"The Government of India is in the process of holding consultation meeting with African countries for bringing Cheetah. A total of 12-14 cheetahs are intended to be brought from South Africa/Namibia/Other African Countries over a period of five years as per the Action Plan," said Minister of State, Ministry of Environment, Forest & Climate Change Ashwini Kumar Choubey on Monday.

Providing the information in the Lok Sabha, the minister said Rs. 38.70 crore under the ongoing Centrally Sponsored Scheme of Project Tiger has been allocated to the cheetah introduction project for the years 2021-22 to 2025-26.

Cheetah is the only large carnivore to have become extinct in Independent India.

Since there are no cheetah left in wild in India, therefore, to introduce them in India they have to be brought from abroad. Cheetah has been an integral part of Indian ecosystems, a major evolutionary force, and an important cultural heritage.

Their restoration will likely result in better conservation of open forest, grassland, and scrub ecosystems for which they will serve as a flagship species.