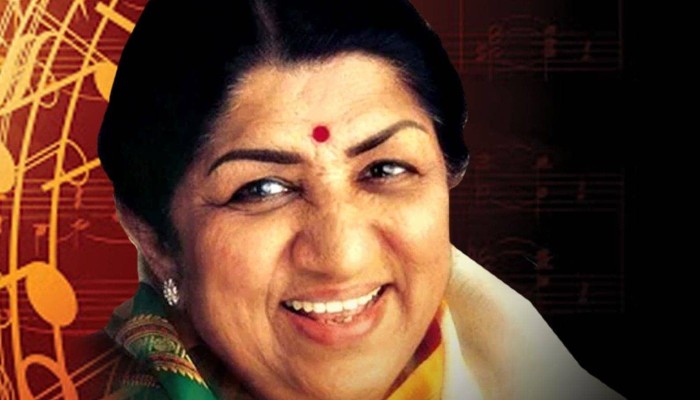 An iconic singer, she breathed her last on Sunday in Mumbai at the age of 92

Fondly called as Lata Didi, she was admitted to Mumbai's Breach Candy hospital on January 8 after she was diagnosed with Covid-19 and pneumonia. Though having recovered from Covid the singer was put on ventilator support after her condition worsened on Saturday.

Beginning her career in her teens, Lata Mangeshkar’s mesmerizing voice remained a sensation for decades- cutting across generations and will forever be etched in golden books of India’s musical history.

Popularly known as ‘Queen of Melody’, Lata Mangeshkar was a recipient of innumerable awards for her playback singing and in 1974, became the first Indian to perform at Royal Albert Hall, London.

During her over seven decade long career, she left an indelible mark as a playback singer, lip-syncing movie stars of the Indian film industry, boasting a catalogue of 30,000 songs spanning numerous genres and over 36 languages.

The singing sensation, she remained the country’s most preferred choice of Indian film producers and music directors and top actresses of the Bollywood film industry wanted to lip-sync to her voice.

Her patriotic song ‘Aye Mere Watan Ke Logon’ that she sang on January 27, 1963 in the backdrop of the Sino-Indian war, moved India’s First Prime Minister, Jawaharlal Nehru into tears.

Born on September 28, 1929 in Indore in Madhya Pradesh, she was the eldest daughter of Deenanath Mangeshkar. Music ran into the blood of the Mangeshkar family, as Deenanath was a classical musician and a theatre actor.

Being the eldest child of the four siblings, she received her first music lessons from her father and at the age of 5, she started to work as an actor in her father’s musical plays.

Losing her father at an early age of 13, Lata Mangeshkar was mentored by Master Vinayak, the owner of Navyug Chitrapat movie company and close friend of Mangeshkar and helped her start her career as a singer and an actress.

Once dismissed by a film producer as her voice being ‘too thin’, she took every failure in her stride and evolved a nouvelle signature style of singing for Indian film music, breaking away from Mehfil-style performances to suit both modern and ‘traditional female protagonists.

The Indian film industry was on the cusp of entering its golden age and Lata Mangeshkar found a right place and over the coming decades she sang popular songs in films such as Pakeezah, Majboor, Awara, Mughal-e-Azam, Shree 420 and Aradhana.

Given the uniqueness of her singing voice, she even went on to lend her voice to teenage actresses who were more than 50 years her junior.

She was professed as someone whose dominance left little room for newer singers to thrive; her audience remained loyal, ensuring that her songs ruled the charts.

Lata Mangeshkar was also noted for her eccentricities, such as never singing in her shoes and always handwriting each song before recording it.

Mangeshkar was a die-hard cricket fan who would take pauses from recording to watch Test matches, and he proudly displayed a signed image of Don Bradman.

Lata Mangeshkar never married and is survived by her four siblings (Asha, Meena, Usha and Hridaynath) all accomplished singers and musicians.