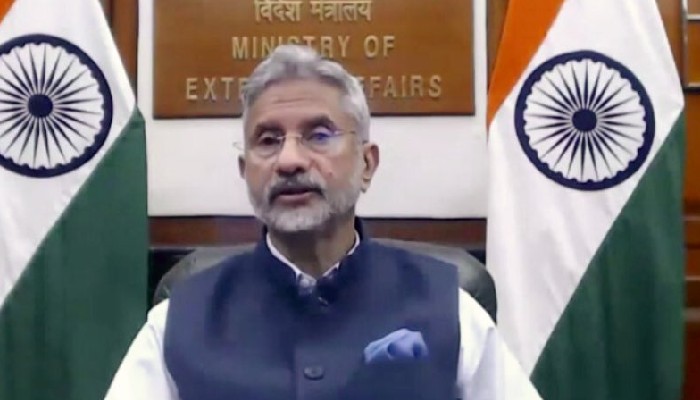 External Affairs Minister S Jaishankar on Wednesday hit out at Congress leader Rahul Gandhi for accusing the Narendra Modi government in Lok Sabha of bringing China and Pakistan together..

“Rahul Gandhi alleged in Lok Sabha that it is this government which brought Pakistan and China together. Perhaps, some history lessons are in order,” the EAM tweeted, citing four instances in this regard.

“In 1963, Pakistan illegally handed over the Shaksgam valley to China. China built the Karakoram highway through PoK in the 1970s. From the 1970s, the two countries also had close nuclear collaboration. In 2013, the China-Pakistan Economic Corridor started,” Jaishankar said using his twitter handle.

Rahul Gandhi said: “The Chinese have a very clear vision of what they want to do. The single biggest strategic goal of India's foreign policy has been to keep Pakistan and China separate. This is fundamental for India and what you have done, you have brought them together.”

“Do not be under any illusion, do not underestimate the force that is standing in front of you. You have brought Pakistan and China together. This is the single biggest crime that you could commit against the people of India,” the Congress leader further alleged.

However, mincing the meat of Rahul Gandhi’s statement, EAM Jaishankar tweeted: “From the 1970s, the two countries also had close nuclear collaboration. -In 2013, the China-Pakistan Economic Corridor started. So, ask yourself: were China and Pakistan distant then?”

In response to Rahul Gandhi’s accusation that India didn't have a guest for Republic Day this year, the EAM clarified that foreign guests could not physically attend the event because of COVID-19 pandemic and that they held a virtual summit on January 27.

Jaishankar tweeted: “In Lok Sabha, @RahulGandhi said we could not get a foreign guest for Republic Day. Those who live in India know we were in the midst of a corona wave. The 5 Central Asian Presidents, who were to come, did hold a virtual summit on Jan 27. Did Rahul Gandhi miss that as well?”