Swachh Survekshan 2021: Indore cleanest city in India for fifth year in a row 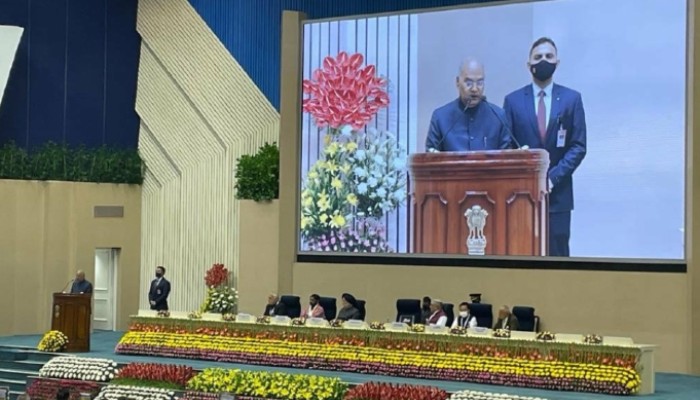 Indore in Madhya Pradesh has been named as India's cleanest city for the fifth year in a row in Swachh Survekshan 2021.

Surat (Gujarat) and Vijaywada (Andhra Pradesh) bagged the second and third spots in the 6th edition of the annual cleanliness survey.

Lauding Indore on the achievement, Madhya Pradesh Chief Minister Shivraj Singh Chouhan congratulated all those who were involved in the effort.

Surat bagged the second spot for the for the second time in a row in the over one lakh population category cities in the country. Along with this, Surat has also been certified as a 5 star rated Garbage-Free city.

President Ram Nath Kovind conferred the awards at a ceremony at Vigyan Bhavan on Saturday.

Chhattisgarh was adjudged the cleanest state in the country in the annual cleanliness survey.

"Indore is India’s cleanest city for the 5th year in a row. Heartiest congratulations to the people, political leadership, Municipal Corporation, Swachhagrahis & Safaimitras for their exemplary commitment towards keeping the city on top," Union Minister for Housing and Urban Affairs Hardeep Singh Puri said on Twitter.

He also congratulated Surat and Vijaywada in their achievement.

The top 10 cleanest cities in the Swachh Survekshan 2021 are:

Awards under other categories included:

* Ahmedabad cantonment has been adjudged as the cleanest cantonment in the country.

* Vita in Maharashtra got the award for the cleanest city with under one lakh population.

* Lonawala, also in Maharashtra, grabbed the second spot in this category.

From surveying 73 major cities in 2016, 4,320 cities have participated in 2021, the 6th edition of Swachh Survekshan which has become became the world’s largest urban cleanliness survey, the ministry pointed out.