India’s security as much important as its prosperity: PM Modi 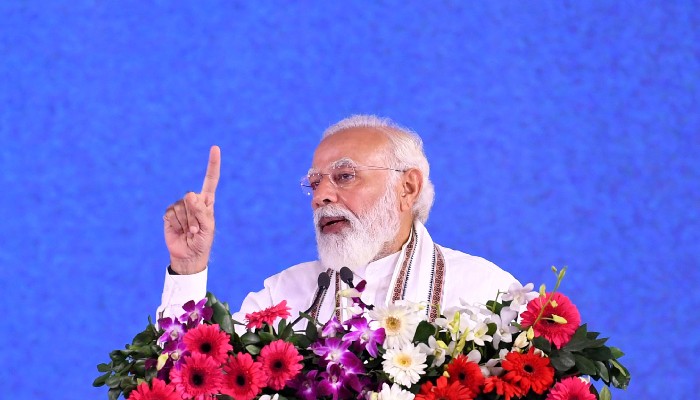 Prime Minister Narendra Modi on Tuesday said India’s security is as much important as its prosperity.

“Emergency landing provision for fighter jets is made while constructing the Purvanchal Expressway”, Prime Minister Modi said while inaugurating the Expressway constructed at an estimated cost of Rs 22500 crore.

Prime Minister Modi who witnessed an airshow involving landing and take-off of IAF fighter planes like like Mirage 2000, Jaguar and Sukhoi-30 MKI at the Expressway, said, “Roar of these planes will be for those who ignored the defense infrastructure in the country for decades.”

The Prime Minister lamented that in spite of such a large area blessed with the Ganga ji and other rivers, there was no development till 7-8 years ago.

Some areas march ahead in development and some areas are left behind by decades.

He said that this inequality is not good for any country.

The eastern part of India and North Eastern states, despite having so much potential for development, did not get much benefit from the development taking place in the country

He said in 2014, when the country gave him an opportunity to serve the country, he gave priority to the development of UP.

Criticizing the previous government, Prime Minister Modi said he was deeply pained that the then UP government did not support him in providing these amenities.

He said that “The people of UP will hold the government accountable and remove it for the unfair treatment of the people of UP, discrimination done in development and the way only the interest of their family was being served by the then government.”