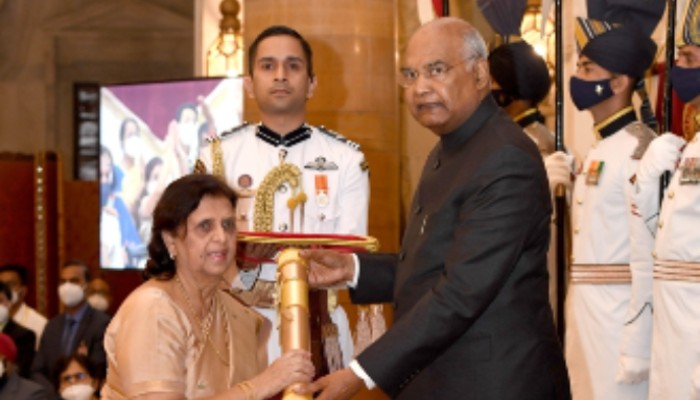 Former President and Prime Minister of Mauritius Anerood Jugnauth was posthumously honoured with the Padma Vibhushan on Monday.

President Ram Nath Kovind presented the award - in the category of Public Affairs for the year 2020 - to his wife Sarojini Jugnauth.

Jugnauth had immensely contributed in deepening the special relations between Mauritius and India.

The award was conferred during a civil investiture ceremony, the second one held on Monday, at the Rashtrapati Bhavan.

He presented the Padma Vibhushan to MC Mary Kom for Sports. A six-time AIBA Women's Boxing Champion, Mary Kom is a renowned athlete and face of women boxing in India.

Popularly known as Shri Pejavara Swamiji of Udupi, he was a spiritual leader, social guide as well as an activist. He was a scholar and propagator of Dwaita philosophy.

During the first investiture ceremony for the Padma Awards 2020, held earlier in the day, President Kovind had conferred 4 Padma Vibhushan, 8 Padma Bhushan and 61 Padma Shri awards.